Home / economy / China drove oil the knife in the back of Russia. We are waiting for the “gold blockade”

China drove oil the knife in the back of Russia. We are waiting for the “gold blockade” 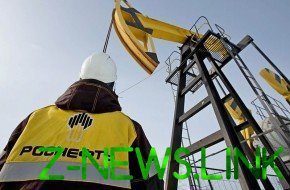 Over the past 10 days, Russian oil is not bought neither in Europe nor in China. And in China, Russian oil did not admit to trading. The termination of deliveries of energy carriers from Russia to export not only the collapse of the Russian economy, but also to the current Russian ruling elite. In fact, we can say that the game started, aimed at regime change. So says economist Vladimir Gavrilov, a specialist in analysis of financial markets. Vladimir Aleksandrovich worked as the chief accountant of branch of JSCB “Tokobank” – the largest importer of dollars to the territory of the USSR.

– The main question – what’s going on?

I see coordinated action by the ruling elite of our so-called “partners” and “friends.” With US everything is clear, but no one expected a knife in the back of Russia will stab China.

Happen not predicted by our analysts actions relating to the oil contracts of the Russian Federation. Think only of oil, it’s all over. We can not exclude the ingress of Russian oil and gas in the lists of sanctioned goods with the prohibition of supply for an indefinite period.

– So you do not exclude the possibility of entering new sanctions against Russia?

– Economic sanctions and expanding States, and Europe – this time. Second – the people from the entourage of American presidents, influencing decision making, and to trump, and trump warned by our diplomats that is not all the levers of sanctions pressure on Russia used.

America could implement a complete ban on Russian oil and gas exports and completely block banking transactions. And if you impose sanctions against Russian banks, this could lead to a total ban on any operations with any banking instruments, that is, above all, gold in international payments. I would not exclude the introduction of the “gold blockade”.

In the history of Russia was the “gold blockade”. Since 1925, the Western countries have sold the Soviet Union equipment and the newest technology of the time not for gold, but in the first stage, for timber, oil and grain, and in 1930 only for grain. It is the “gold embargo” became the true reason of collectivization, peasant revolts, and famine in the USSR. Now our “partners” and “friends” decide not to legalize them sanctions against Russian energy.

So the situation for the ruling Russian elite is not just bad, and very bad.

If Spain has already nationalized private hospitals to combat the coronavirus, we have – in case of legalizing the oil and gas embargo – will have to nationalize the whole industry, because without exports, they just broke.

– A terrible thing to say!

We see that the embargo on the export of oil from Russia has been operating since 9 March. To this date neither the government nor the state media have not said about this situation, no words. And we at that time talked about the dive in the cost of oil on the market? “Of course, we wish that the prices were higher…”

Listen, have higher prices is possible only when there is at least some sales! There’s nothing to discuss at all. Is undermining the base budget of the Russian Federation. While I can see the lack of strategic analysis on the possible steps on the part of our counterparties the oil – Arabs and Europeans.

Is a consequence of the offshore-commodity economic model in Russia?

– Of course. And the main beneficiaries of this model – not even the elected politicians and the people who stand next to them. They get revenue from the export of raw materials, which (and this is for anybody not a secret, we know all the amounts and offshore accounts) to Russia is not supplied.

– To avoid collapse, it is necessary to develop the economy on raw material exports. It does not bring the country nothing but toxic waste and social protests, as the income and taxes deposited in the offshore companies have the same Anglo-Saxons and Arabs.

You need to bring anti-offshore legislation to fully ban the withdrawal of Russian funds in offshore, as did a long time ago by the Chinese. At the legislative level it is necessary to prohibit all officials in Russia is not only foreign citizenship, but possession of any real estate and any business outside of Russia.

If the authorities wants to continue, the elite must change. Incomes are falling. Domestic demand is growing only on paper in the statistical reports. It is easy to check by looking, for example, the fall in international and domestic transportation, and – most importantly – the drop in real incomes over the last five years.

The question arises: can the elite to change, can she pay taxes on their fantastic of incomes in their country, and not to transfer funds offshore, controlled by the Anglo-Saxons, Arabs and Chinese?

Now most of the Russian money is working against the interests of Russia!