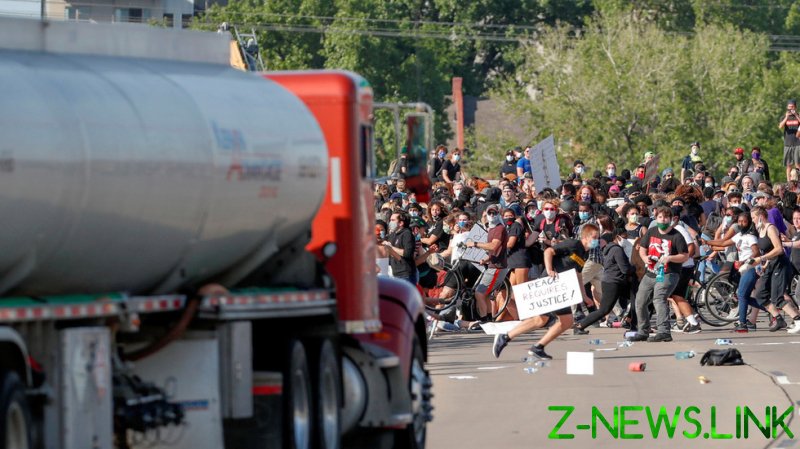 As thousands of protesters blocked the Interstate 35W Bridge in Minneapolis last June, truck driver Bogdan Vechirko approached the crowd in his semi. The crowd refused to allow him to pass, but Vechirko pushed on regardless. As the protesters surrounded his cab, some shouted “get his ass,” and Vechirko was dragged out and beaten.

Police intervened and saved Vechirko from further harm, but the trucker was arrested and charged with felony threats of violence and gross misdemeanor criminal vehicular operation. Vechirko told investigators that he was in a hurry, and hoped the crowd would let him pass. However, he admitted that he could have stopped the truck sooner.

Vechirko’s lawyer told Fox9 on Friday that he had struck a deal with the Hennepin County Attorney’s Office. The charges against Vechirko will be dropped in a year, as long as the driver completes a “restorative justice program,” pays any outstanding damages, and remains out of trouble.

The incident provoked a storm of reaction online, with BLM supporters demanding Vechirko be jailed, and opponents defending his right to drive unimpeded. A similar incident in Oklahoma, in which a trucker and his family were almost dragged from their vehicle during a protest, prompted the state’s Republican governor to sign a bill protecting drivers from prosecution or lawsuits if they drive through a crowd during a riot. As long as the driver perceives himself or herself to be in danger, the bill grants them immunity even if they kill or injure rioters.