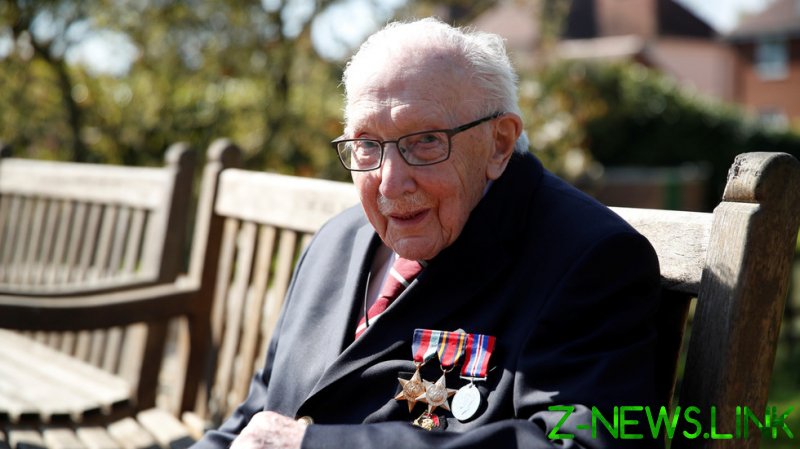 The centenarian captured the nation’s hearts last year as he completed 100 laps of his garden while using his zimmer frame ahead of his 100th birthday, raising almost £33 million for the NHS.

Moore, who was knighted by the Queen for his stellar fundraising efforts, had been battling pneumonia for the past few weeks and was hospitalised with coronavirus on Sunday.

“It is with great sadness that we announce the death of our dear father, Captain Sir Tom Moore,” the veteran’s daughters Hannah Ingram-Moore and Lucy Teixeira said in a statement.

The pair said they were by their father’s bedside in the hours before he died and described his life as “nothing short of remarkable.”

“Whilst he’d been in so many hearts for just a short time, he was an incredible father and grandfather, and he will stay alive in our hearts forever,” they added.

After news of his death broke, Buckingham Palace said the British monarch was sending a private message of condolence to Moore’s family.

“Her thoughts, and those of the Royal Family, are with them, recognising the inspiration he provided for the whole nation and others across the world,” the palace said.

Paying tribute to the late veteran, UK Prime Minister Boris Johnson described Moore as a national inspiration and a “hero in the truest sense of the word”.

Captain Tom was born on April 30, 1920, in the Yorkshire town of Keighley. He was posted to India, Myanmar, and Japan with the British Army during the Second World War.