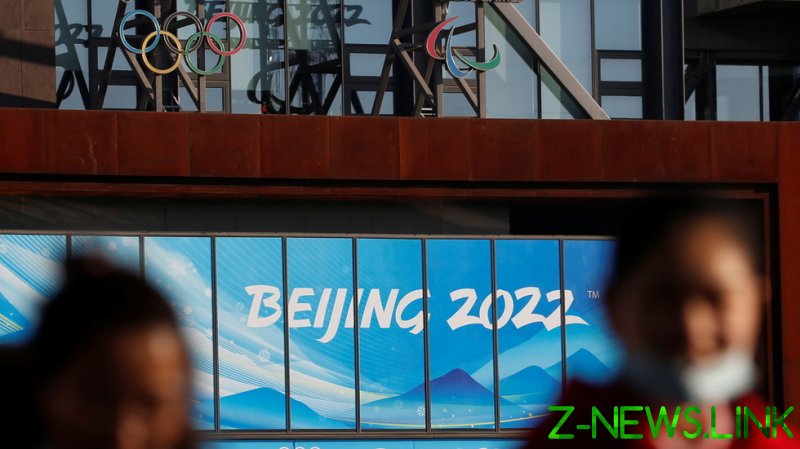 During a lengthy sit-down with Toronto Star columnist Martin Cohn on Friday, Trudeau said the world community should pool efforts to ramp up pressure on China, noting that the upcoming 2022 winter games may provide just that opportunity.

“The pressure on China right now from the international community … is significantly acute, particularly with the Winter Olympics coming up in China next year,” he said, adding “it would be easy for China … to shrug off what any one country – including just the US – alone says. But when the global community comes together, that starts to shape their own calculations.”

The PM’s comments come after the US State Department declared in April that it was considering a boycott of the 2022 Olympics, pointing to allegations of rights abuses against Uyghur Muslims in China’s Xinjiang province. While it said it would coordinate with “allies and partners” at the time, Trudeau has made no mention of a Canadian boycott in public, including on Friday.

Earlier this year, Canada’s own Olympic Committee stated that a boycott is “not the answer,” arguing the games are meant to “help build connections” between nations.

“We believe this amounts to little more than a convenient and politically inexpensive alternative to real and meaningful diplomacy. Boycotts don’t work,” the committee said, adding that such a move would only punish the athletes.

China has previously denounced attempts by Canada to “politicize” the games, rejecting the accusations of human rights abuses as “falsehoods.”

While the US administration under President Joe Biden has labeled Beijing’s treatment of the Uyghurs as “genocide,” Trudeau has been more hesitant to do so. Asked about the designation on Friday, the PM said such decisions “are not to be taken lightly.”

“If you start tossing the word around every time there are human rights violations – however real they are – it ends up devaluating the genocides that already happened and renders it a term that does not have the weight that it absolutely should have,” he said.

Trudeau added that while the Canadian parliament has passed its own resolution declaring an ongoing “genocide” in Xinjiang, his administration has not taken that step.

While Beijing has roundly rejected the rights allegations, both Canada and the United States have nonetheless levied sanctions against China over the Xinjiang issue, prompting retaliatory measures from the People’s Republic in March. It warned the two countries would “get their fingers burnt” if they continued meddling in its affairs.

Ottawa and Beijing have also sparred on other issues in recent years, including Canada’s decision to arrest Huawei executive Meng Wanzhou in December 2018 at the US’ behest. The telecom exec was accused of conspiracy to circumvent American sanctions on Iran using an alleged front company, Skycom. Chinese officials, as well as Meng’s defense team, have repeatedly denied the charges.

Soon after Meng’s arrest, two Canadian men – Michael Kovrig and Michael Spavor – were taken into custody in China for suspected espionage, a move Trudeau blasted as “arbitrary detention,” arguing it was retaliation for the Huawei executive’s confinement. While the two men remain in China, the PM told the Toronto Star his administration “[continues] to work very hard” for their release.