Home / Science and technology / Called gadget, which will never release

Called gadget, which will never release 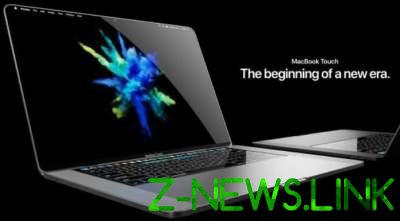 When you look at some of the concepts arises nagging feeling: what a pity that it is not there!

The work of Swiss designers from HandyAbovergleich is the opposite emotion, at least for those users who have a lot of prints.

In rendering presents the conceptual model of MacBook. The gadget is equipped with a touch screen, a touch keyboard and trackpad, which occupies the entire bottom of the laptop. Such a decision would please designers and artists. For normal users it is not suitable.

Earlier, the chief designer of the Corporation by jony Ive and senior Vice President for marketing Phil Schiller said repeatedly that Apple will not produce vertical touch surface. According to experts, this increases the load on the hands and absolutely no agronomichna. The same was said and Steve jobs.

So expect a touch screen instead of the standard display on a MacBook in the next few years is not worth it. However, in the MacBook Pro 2017 in place of the usual top row of keys appeared Touch Bar. In the network periodically come across reports that Apple is showing interest in such technologies. The concept HandyAbovergleich simply brings the idea of touch screen and dynamic keyboard. Designers believe that such a device can draw using the Apple Pencil.

At the time Steve jobs said that Apple devices will never be the stylus. They are uncomfortable and always lost. And in 2015, the Corporation introduced the pencil, compatible with iPad Pro. Let’s hope that this is the only of the Testament of the founder, the present management of the Corporation dared to violate.