“The curse of the nuns” is one of the most anticipated horror games this year. So nice to see new promo of the film, which inadvertently (or purposely, who knows) recreates one of the episodes of domestic horror film “the Bride.” Remember how in “the Bride” the lead character was buried alive in a coffin along with the title monster?..

It seems that in “the curse of the nuns” (The Nun) and the priest in the performance of Damien Bisira expect such an unenviable fate.

New video, in contrast to a previously posted ultra-short and uber-primitive screamer, lasts half a minute and keep up this time to catch up with horror.

When a secluded monastery in Romania, commits suicide a young nun, to investigate the incident, the Vatican sent the priest with a mysterious past and a novice on the threshold of irrevocable vows. Risking not only lives, but and faith, and even their lives, they are faced with an evil force in the guise of a demonic nuns, and the monastery becomes a field of terrible battle between the living and the damned.

Director — Corin hardy (“Out of darkness”). In addition to Bisira in the movie is played by taissa Farmiga (“American horror story”), but in the image of a demonic nun will appear again as Bonnie Aarons (“the Conjuring 2”)

Premiere of “the curse of the nuns” in Russia will take place on September 20. 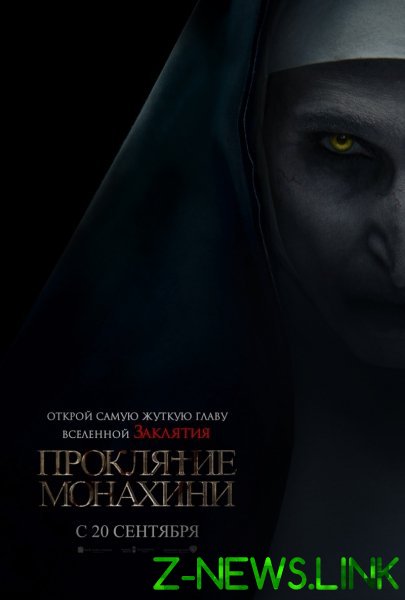