Britain has a choice on Freedom Day: Embrace liberty or slide into total biosecurity tyranny 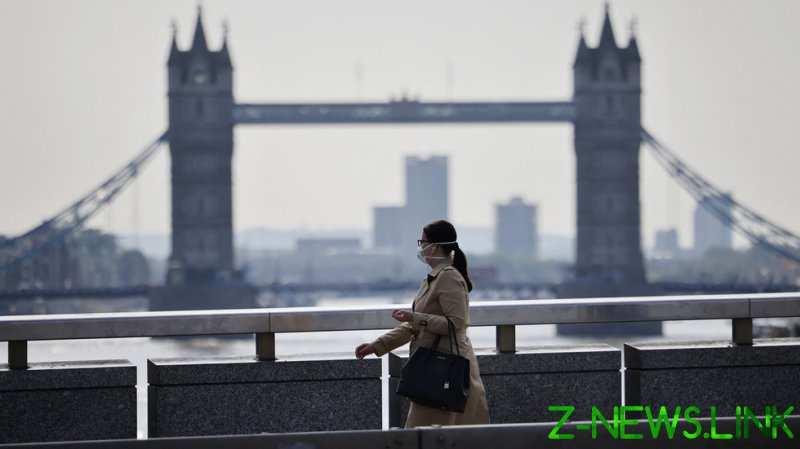 Freedom has been restored in Merrie England after 16 months of unremitting grimness the likes of which we’ve not seen since the days of Oliver Cromwell’s Commonwealth and Matthew Hopkins’ witch-hunting. Well, sort of. No more state-mandated face masks. No more state-mandated restrictions on crowd sizes at sports venues. No more ‘social distancing’. All good things in themselves – except the message from the government has been massively confused, given that it has spent the past seven days encouraging businesses to maintain restrictions. And, having ruled out vaccine passports not so long ago, the government is now very keen on them again.

Not just for the autumn and winter, but now. Check out the new Step 4 policy document released last week. It states, “The government will work with organisations that operate large, crowded settings, where people are likely to be in close proximity to others outside their household to encourage the use of the NHS COVID Pass. If sufficient measures are not taken to limit infection, the Government may consider mandating the NHS COVID Pass in certain venues at a later date.”

That’s quite a threat, isn’t it? Basically, the government is saying, “If you don’t introduce Covid certification now, we’ll do it for you.” We’ve already had a ‘Whitehall source’ informing the Daily Mail that the scheme could be used to “keep open a much wider range of venues” over the winter, when we always get an increase of people coming down ill with flu and flu-like symptoms.

The source said, “The reason we are trialling Covid certification this summer is partly to get mass events open more safely with bigger crowds, but also partly to get people used to the idea.” Nudge nudge, wink, wink, as Monty Python might have said.

Of course, another lockdown would be ruinous for the hospitality and events sector. But business now needs to call the government’s bluff. The paradox is that rejecting Covid certification won’t make another lockdown more likely, but much less so. Because at the end of the day, this is a ‘compliance test’ and has been for the past 16 months. You defeat people who threaten to close you down, not by doing what they want but by defying them – and making them back down. Otherwise you’ll only face fresh demands.

The nightclub industry shows us the way to go. Full marks to Peter Marks, the CEO of REKOM UK, which owns 42 nightclubs and who said his venues would be operating at full capacity without the need to show a negative Covid test. Marks said that would provide a ‘barrier’ to customer enjoyment. Another big player, Tokyo Industries, has also stated it won’t be going down the Covid certification route. And there’s been rejection from the pub and hospitality industry too.

Just about the only body that seems to be enthusiastically embracing the prospect of Covid passes is football’s Premier League.

It was revealed last week that the EPL was ‘working closely’ with the government and drawing up its own plans for Covid certification. What a terrible own goal that would be. A reminder: the Public Administration and Constitutional Affairs Committee report on Covid passports was absolutely damning. The cross-party group of MPs held there was “no justification” for Covid passports and that the government had failed to make the scientific case for them.

The case for Covid passports was weak enough in June, when the report came out, but is even weaker now, as almost daily we are reading of people who have had both jabs becoming ill, or even hospitalised with Covid. If the vaccine doesn’t stop transmission – which the government admits – why are vaccine passports being promoted? Answer: there is obviously another agenda. The passports are a gateway. To something very sinister indeed.

It should set everyone’s alarm bells ringing very loudly that the most prominent public promoter of the Covid certification scheme is one Anthony Linton Blair. Last September, the man who assured us Iraq had weapons of mass destruction which could be assembled and launched within 45 minutes, said it was “common sense” to move in the direction of digitalised IDs to fight coronavirus.

In June, ‘The Blair Creature’ – to use Peter Hitchens’ memorable description – declared, “The world will move to biometric ID and they will do it because in the end, it is better for people.” But which people? The vast majority of humanity, or those who meet at Davos each year and wish to control us?  A ‘temporary’ Covid pass could quite easily morph into a permanent biometric ID system – which is clearly what Blair wants. And we know what that could morph into. A ‘restricted access’ social credit system, in which behaviour which is regarded as ‘good’ by the state authorities is rewarded and that which is ‘bad’ is penalised. Imagine being denied entry to a football ground or railway station, not just because you don’t have the latest Covid booster jab, but also because your ‘social credit’ score is too low after you refused to attend a ‘training course’ on ‘Good Citizenship’?

New technology means that governments have the means to control us in a way that the worst dictators in history could only dream of. It might sound a cliché, but today, on July 19, in England we really are at a crossroads. One path is marked ‘freedom’; the other takes us to a new digital servitude from which it will be very hard, if not impossible, to escape.