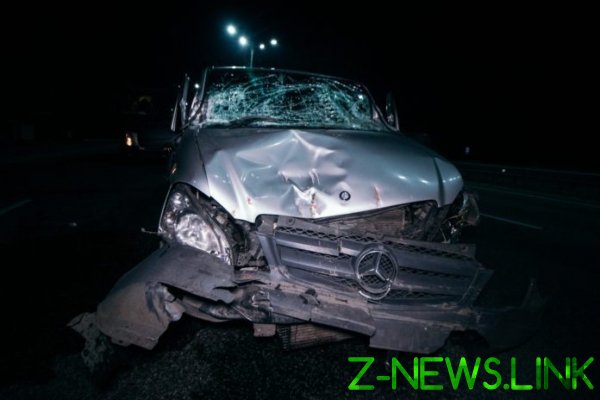 On the night of 24 may near Kiev, an accident involving a minibus Mercedes Viano and Renault Magnum trucks. In the accident the driver of “German” smashed face, but otherwise could do without serious injury. The collision happened at Boryspil highway.