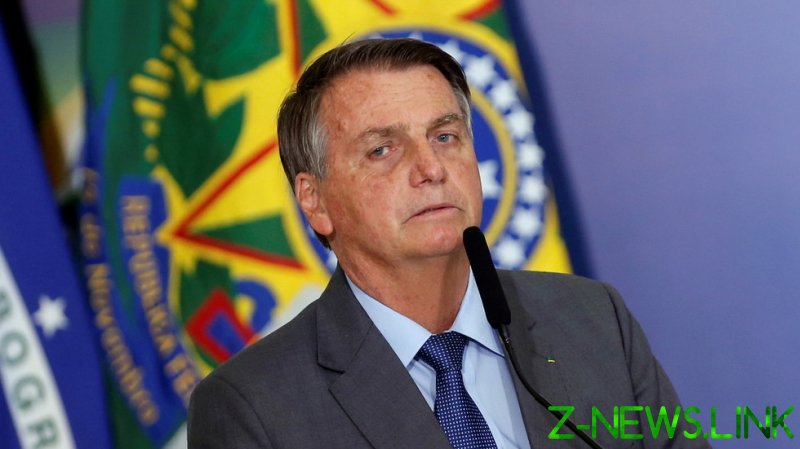 On Tuesday evening, 229 out of 519 members of the lower house of Congress voted in favor of Bolsonaro’s proposed constitutional amendment. The proposed reform – which Bolsonaro sought to change from an electronic system to one with a paper trail – needed a three-fifths majority of 308 to pass.

Bolsonaro, a former military officer, had repeatedly insulted the head of the Brazilian Supreme Electoral Court, Luis Roberto Barroso, in his push for the reform, accusing him of being biased towards Luiz Inácio Lula da Silva – the leftist former president who is Bolsonaro’s likely main opposition in next year’s elections.

The move by Bolsonaro to plant seeds of doubt around the integrity of Brazil’s voting system has been compared by The New York Times and other media to former US President Donald Trump’s controversial election fraud claims late last year following his loss to Joe Biden. The Brazilian leader’s critics say he is preparing to dispute an election loss to Lula da Silva.

He has even threatened that there will be no elections next year if “they’re not free and democratic.”

In a recent speech, Justice Barroso said that to “defile” the public debate with “disinformation, lies, hatred and conspiracy theories is undemocratic conduct.”

Barroso, who Bolsonaro at one point called a “son of b**ch” during a live social media broadcast, referenced the political situations in Turkey, Hungary and Nicaragua, where he said it had become common for leaders to “deconstruct, brick by brick, the pillars of democracy.”

The current voting system in Brazil allows citizens to cast their votes through electronic voting, without a paper trail. This has been the system since 2000 and it is generally considered legitimate, though some legislators have been trying to introduce mandatory paper ballots for years.

After winning in the first round in the 2018 election, but failing to secure enough votes to avoid a second round, Bolsonaro took issue with the voting system, claiming problems with the electronic method.

Before the vote in Congress on Tuesday, Brazil’s military put on a controversial display of force with a parade of troops and armored vehicles outside the presidential palace and the Congress. The military stated that the demonstration, consisting of dozens of army vehicles and hundreds of soldiers, had been planned for months. But critics accused the militaristic president of intimidation tactics.

Omar Aziz, the president of a senate probe into the government’s Covid-19 response, told the media the display was “a clear attempt to intimidate lawmakers and opponents. Bolsonaro imagines he is showing strength, but he is showing a president weakened by investigations.”