Home / WORLD / Blinken claims Iran’s nuclear bomb ‘breakout time’ may soon be a ‘matter of weeks’, with talks held hostage to US sanctions

Blinken claims Iran’s nuclear bomb ‘breakout time’ may soon be a ‘matter of weeks’, with talks held hostage to US sanctions 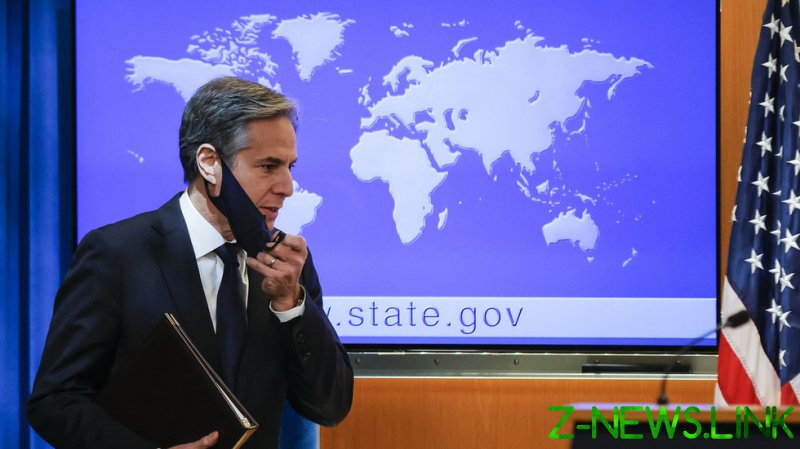 Speaking to lawmakers during a House Foreign Affairs Committee hearing on Monday, Blinken said that despite ongoing discussions in Vienna to return to the nuclear deal, it is still unknown whether the two sides will be able to reach an agreement, adding that Tehran’s nuclear program continues to trudge ahead in the meantime.

“It remains unclear whether Iran is willing and prepared to do what it needs to do to come back into compliance. We’re still testing that proposition,” Blinken told Rep. Ted Deutch, a Florida Democrat.

The “breakout” period refers to the amount of time it would take for Iran to build a nuclear weapon if it were to decide to do so. Estimates have varied significantly over the years, with the Barack Obama administration suggesting one year when it signed the nuclear deal in 2015, though more recent guesses have placed it around 3.5 months.

Iran, for its part, insists its nuclear energy program is for civilian purposes only and that it has no intention to build a weapon. While the International Atomic Energy Agency, the UN’s nuclear watchdog, has repeatedly confirmed the Islamic Republic is not diverting fissile material for military use – and until 2018 affirmed its full compliance with the nuclear deal – the body warned on Monday talks around monitoring its activities are becoming “increasingly difficult.”

Since the US withdrew unilaterally from the nuclear deal under the Donald Trump administration in 2018, Iran has taken reciprocal measures to scale back its own compliance with the agreement, expanding its number of active centrifuges and enriching uranium beyond caps set out in the pact.

Tehran has maintained it will return to all terms of the deal once Washington resumes its own compliance, which would mean lifting a raft of sanctions imposed under Trump. President Joe Biden, however, has been reluctant to drop the penalties, instead embarking on new negotiations in hopes of arriving at an amended nuclear deal that is “longer and stronger.” Blinken reiterated that stance on Monday, also stating that once the nuclear agreement is back in place, Washington would look to pressure Iran on other, non-nuclear related issues.

“There are multiple egregious activities that Iran is engaged in, including missile activity, proliferation support for proxy groups, terrorism, destabilizing actions,” he said. “Each and every one would be even worse if Iran had a nuclear weapon or was on the threshold of being able to have one.”

So the first urgent thing we need to do, if we can, is to try to put the nuclear problem back in the box it was in under the agreement.

Despite Blinken’s apparent pessimism, however, last week the EU’s Deputy Political Chief Enrique Mora said he was “sure” that upcoming talks would produce a deal. Iran, too, has indicated some progress in previous talks, though Ayatollah Ali Khamenei recently said Iranian negotiators must see “actions, not promises” if any agreement is to be achieved.