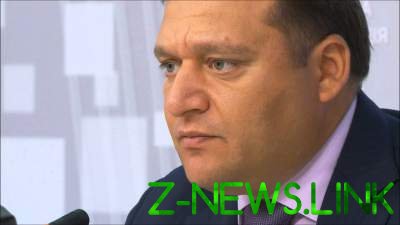 The politician laughed his ignorance of the Ukrainian language.

In two short sentences the politician made so many mistakes that if it were a dictation, he would get two.

MP from “Opposition bloc” continues over and over again to become the object of ridicule because of their posts on social networks.

On the Day of Ukrainian writing and language policies have tried to protest against the imposition of strict quotas on Ukrainian songs on the radio, but instead this situation drew attention to their ignorance.

“Mown quote on the radio, TSE povna…rnya. I, on the day ukraïnskoï pisomnosti all the words correctly ukraïnskoyu wrote?” — written by Dobkin.

In the comments, even former colleagues Dobkin of the Party of regions began to honestly write that Dobkin has obvious problems with the Ukrainian language.

“No. Wrong. But you tried,” wrote the ex-Minister of justice of times of Yanukovych Olena Lukash.

Thus the Dobkin in the comments managed to insult a random user who wryly noted that he was pleased “to read in pure Ukrainian language, the dialogue between Ukrainian intellectuals”.

“If you don’t like something, you can go out on the already known you for direction,” — said Dobkin.

Political analyst Alexei holomuzki, meanwhile, has calculated all the error Dobkin, of which 16 words were as much as 5.

“Well, why constantly stress its limitations and narrow-mindedness? This way you can see povoroznyk eye. For the FSB is that? I all words correctly in. writing?”, — ironically golobutsky.