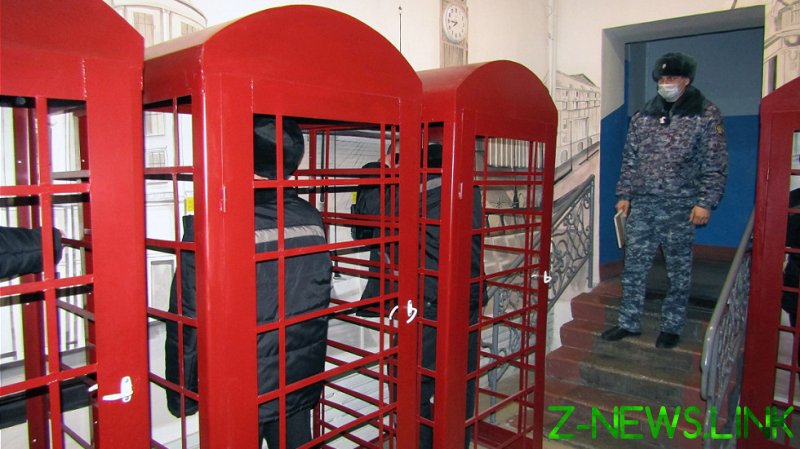 Authorities in Correctional Colony 8 also got the prison’s art students to draw an illustration of the Palace of Westminster’s Elizabeth Tower, known worldwide as Big Ben.

According to the Federal Penitentiary Service, placing payphones inside red phonebooths helps to “maximize the atmosphere of London.” According to Russian law, inmates have a right to telephone conversations.

Correctional Colony 8 is a high-security male penal colony for inmates who have previously served a prison sentence. The prison is located on the outskirts of Novosibirsk, the largest city in Siberia, 3,000km east of Moscow.

The new design isn’t the first prison renovation to make headlines recently. Last year, the walls of a prison in the southern city of Astrakhan were painted light pink, and the rooms were filled with bunk beds and chairs to create what some called a ‘children’s camp’ atmosphere.