Home / WORLD / Biden & Putin to meet in Vienna? Austria offers its capital as potential venue for proposed summit between US & Russian leaders

Biden & Putin to meet in Vienna? Austria offers its capital as potential venue for proposed summit between US & Russian leaders 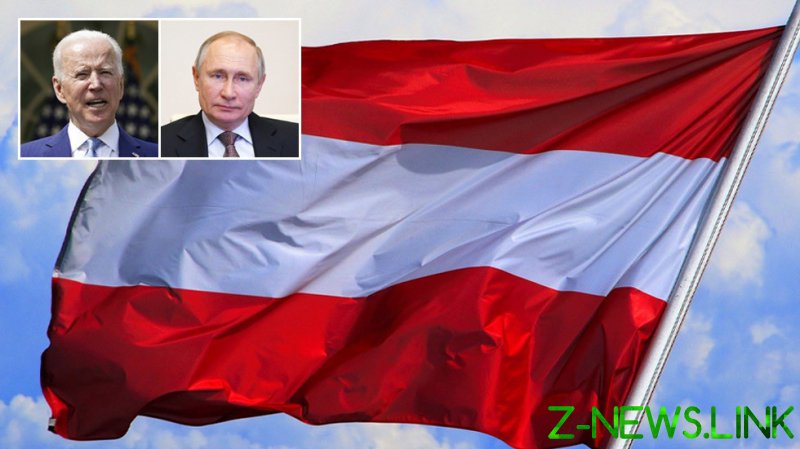 Austria has revealed its willingness to host a potential high-level summit between Russian President Vladimir Putin and his US counterpart, Joe Biden, after the American leader said that the pair should meet in “a third country.”

That’s according to multiple Russian media outlets, which say they have been in direct communication with the Foreign Ministry in Vienna.

“If Russia and the United States decide to hold a summit at the presidential level, it is commendable. The decision whether, when, and where such a summit will take place depends on both countries,” the ministry told Moscow news agency RIA Novosti. “Of course, Austria is always available for high-level negotiations of any kind.”

Finland has also offered to host the summit, according to Moscow news agency TASS, which revealed that Helsinki made the proposal before a Tuesday phone call between the country’s President Sauli Niinistö and Putin. In 2018, Finland was the host of a face-to-face meeting between the Russian leader and then US-President Donald Trump. The meeting ended up being famously unproductive, with no joint communique being issued afterward.

Vienna has previously been the host of many meetings between Moscow and Washington and is commonly the venue of arms control discussions. The last summit involving the two nations in Austria was in July and focused on space security and nuclear weapons.

A potential face-to-face meeting between Biden and Putin was proposed by the US president in a phone call on Wednesday. According to the official readout from the White House, the two leaders discussed “a number of regional and global issues,” with Biden reaffirming “his goal of building a stable and predictable relationship with Russia consistent with US interests.”

According to the Kremlin’s summary, Biden proposed “normalizing the state of affairs on the bilateral track” and suggested a focus on “pressing matters such as ensuring strategic stability and arms control.” The proposal comes after months of fraught and deteriorating relations between Moscow and Washington. In March, Biden agreed with ABC Anchor George Stephanopoulos’s suggestion that Putin is a “killer,” which eventually led to the Russian ambassador in Washington, Anatoly Antonov, being recalled. The US president also said Russia would “pay a price” for alleged meddling in America’s 2020 presidential election.

The phone call also comes on the back of increased tensions in Ukraine’s Donbass region, with fears rising that the conflict could turn into full-scale war.