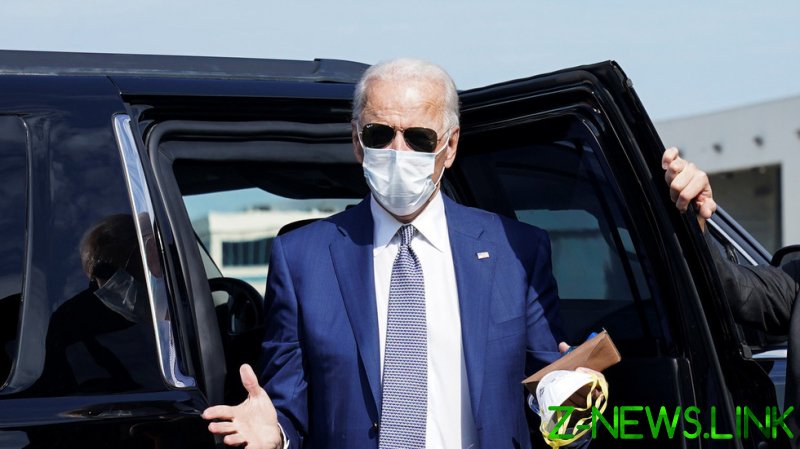 Ahead of the visit on Thursday, Biden and his running mate Kamala Harris released a TV ad promising to impose a nationwide standard for police use of force and declaring that “now is the time for racial justice.”

Biden has also called for criminal charges against the police officer who shot Blake, a 29-year-old African-American man who was shot seven times late last month. Blake was reportedly armed with a knife and had shrugged off a taser. He survived the shooting, but the Wisconsin city was rocked by several nights of violent riots in the aftermath.

Trump had visited Kenosha on Tuesday, meeting with law enforcement and pledging almost $4 million to businesses that were looted or set on fire. While he prayed with Blake’s mother’s pastor, the president chose not to meet with the family.

Biden, on the other hand, made Blake’s family a centerpiece of his visit, meeting them privately at the Milwaukee airport before proceeding into town.

While Blake’s mother spoke by phone, his father Jacob Blake Sr. was there in person – even after conservative media outlets dug up a sizable amount of his sordid social media posts, including highly offensive anti-Semitic and anti-Christian statements..

The revelation has not tempered Democrats’ efforts to portray Biden’s visit as totally different from Trump’s, saying that the former VP is coming with “compassion, a desire to heal, and a fire extinguisher” to Trump’s “matches and kerosene.” Biden would provide “the selfless leadership and constructive voice we have sorely missed for almost 4 years,” is how former Obama aide David Plouffe put it.

The reception in Kenosha certainly seemed different. While Trump’s visit drew crowds of both supporters and protesters, Biden’s visit seemed to have attracted only the media, with locals apparently conspicuously absent.

After months of insisting the riots were actually peaceful protests, the Democrats began denouncing them last week, after friendly media outlets pointed out their impact on the polling. The party is now blaming the riots on Trump. Biden himself spoke out against “needless violence” on the fourth day of the Kenosha riots, as Trump was already deploying the National Guard at the governor’s request.