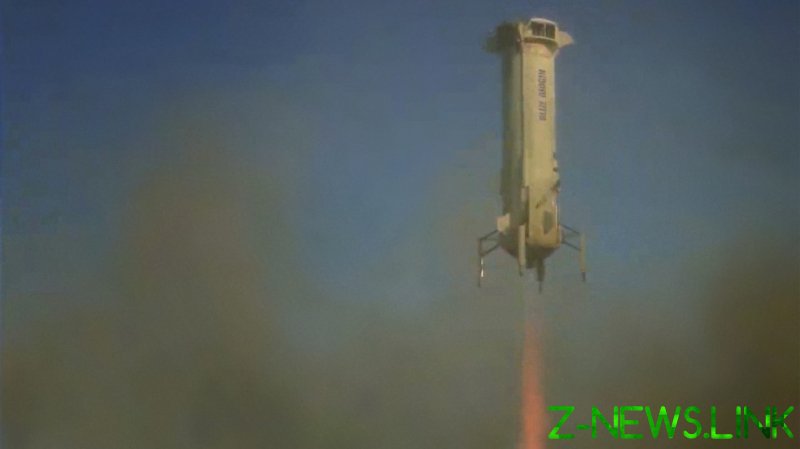 After briefly floating in space, the craft descended back to Earth, using parachutes to guide it back to the flat terrain of west Texas.

Bezos was joined by his brother Mark, female aviation pioneer Wally Funk, and Oliver Daemen, an 18-year-old Dutch teenager whose wealthy father paid for an auctioned seat on the craft. All the passengers appear to be safe.

The craft’s reusable rocket also made a safe landing. After propelling the capsule towards space, it used brakes, fins, and a last-minute booster to touch down on solid ground. 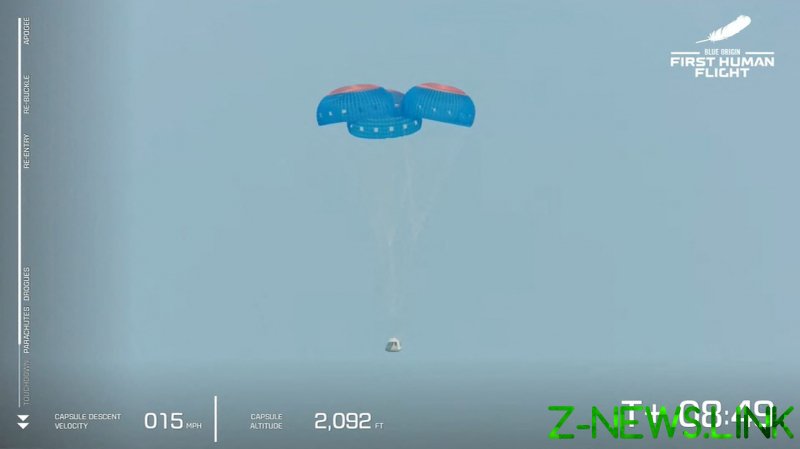 New Shepard had just launched around 11 minutes earlier from Blue Origin’s Launch Site One, located in a stretch of remote desert in the Guadalupe Mountains in west Texas.