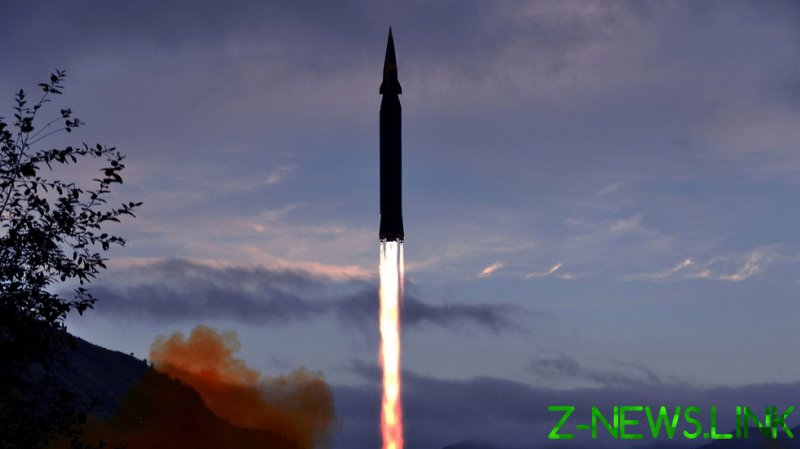 Together, Russia and China have just made moot trillions of dollars in US defense spending.

A report published in the Financial Times declared that, sometime in August 2021, China had conducted a test of a nuclear-capable hypersonic glide vehicle that flew through low-orbit space, circling the globe before deorbiting and heading toward its target. According to sources, the test demonstrated “an advanced space capability that caught US intelligence by surprise.”

According to Secretary of the Air Force Frank Kendall, in an address delivered on September 20, 2021, the Chinese test mirrored a Cold War technology known as the Fractional Orbital Bombardment System, or FOBS. FOBS, Kendall noted, “is a system that basically goes into orbit and then de-orbits to a target.” First developed by the Soviet Union in the 1960s, FOBS was “a way to avoid defense systems and missile warning systems,” Kendall told reporters. “If you use that kind of approach, you don’t have to use a traditional ICBM [intercontinental ballistic missile] trajectory.”

The Chinese, however, downplayed the importance of the test, denying any connection to a FOBS capability. According to Foreign Ministry spokesperson Zhao Lijian, the test involved a spacecraft rather than a missile, was of “great significance for reducing the use-cost of spacecraft, and could provide a convenient and affordable way to make a round trip for mankind’s peaceful use of space.”

Left unsaid, though, was that the technology used in the August 2021 test closely mirrored that which would have been used in an operational test of a FOBS capability, making the Chinese denial moot. Whether China formally acknowledges it or not, the August 2021 flight test was a game-changing event that throws into question the viability of US arms control policy for the past two decades.

When the US withdrew from the landmark 1972 Anti-Ballistic Missile Treaty in 2002, it set in motion a chain of events that not only allowed it to proceed with the development of the kind of sophisticated, layered missile defense scheme prohibited under the treaty, but also empowered its potential adversaries to develop nuclear weapons delivery means that could defeat any missile shield the US managed to construct.

Russian President Vladimir Putin addressed this phenomenon last year during a video call with Gerbert Yefremov, a renowned Soviet and Russian rocket scientist and engineer. “The US withdrawal from the Anti-Ballistic Missile Treaty in 2002 forced Russia to start developing hypersonic weapons,” Putin said, a reference to the Avangard nuclear-capable hypersonic glide vehicle carried by several Russian ballistic missile systems. “We had to create these weapons in response to the US deployment of a strategic missile defense system, which, in the future, would be capable of virtually neutralizing, zeroing out all our nuclear potential.”

For its part, China has for some time expressed concern over US efforts at deploying missile defense capabilities that could be used against it. Beijing has long viewed the deployment of the Terminal High Altitude Area Defense (THAAD) missile system as something that disrupted the balance in the region by limiting the strategic nuclear deterrence capabilities of its ICBM force. China has also viewed systems such as THAAD and the US Navy’s SM-3 anti-missile system as being part of a broader US strategy to contain China.

Like Russia, China has developed several warhead delivery options, to include hypersonic glide vehicles, for use in its medium- and intermediate-range missiles in order to defeat both THAAD and the SM-3. The development of an ICBM equipped with FOB technology, however, nullifies the totality of the existing – and planned – US missile defense capabilities. Ambassador Robert Wood, who represents the United States at the Conference on Disarmament in Geneva, recently indicated as much. “Hypersonic technology is something that we have been concerned about,” Ambassador Wood noted. “We just don’t know how we can defend against that technology.”

The US spent more than $200 billion between 1985 and 2019 on developing anti-ballistic missile technology used in the weapons deployed today. Tens of billions of additional dollars have been expended in upgrading the capabilities of related programs, such as the Patriot missile system. None of the technologies paid for by this expenditure are capable of defeating Russian and Chinese hypersonic missiles. In short, the US will have to start from scratch, developing an entirely new approach to missile defense, which not only will cost hundreds of billions of dollars more, but, at the end of the day, most likely will not work.

This bleak prognosis has not deterred traditional hawks in the US Senate, including Lindsey Graham. In a letter to Senate leadership, Graham requested a classified briefing by intelligence and Defense Department officials to better understand the recent Chinese test and to produce an “appropriate response to this evolving challenge.” If the report about the Chinese test were true, Graham wrote, “it would set in motion a nuclear arms race between the United States and China.”

The mood in Beijing was far calmer. “It is important to note,” a recent editorial in the state-run newspaper theGlobal Times declared, “the unstoppable trend that China is narrowing the gap with the US in some key military technologies, as China is continuously developing its economic and technological strength.” “China doesn’t need to engage in an ‘arms race’ with the US,” the editors continued. “It is capable of weakening the US’ overall advantages over China by developing military power at its own pace.”

Pro hint: It’s not an arms race if one side is spending all the money while losing ground.