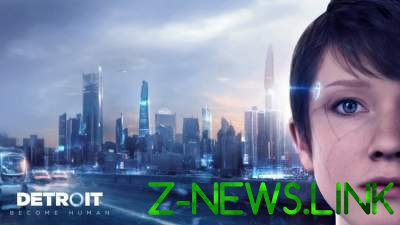 All games about a month before release will get the trial version.

On the exit Detroit: Become Human, Heavy Rain and Beyond: Two Souls on PC exclusive in the Epic Games Store became known at the conference GDC 2019. Then in the service of developers Fortnite there were pages of game Studio Quantic Dream. And now the authors have released a video in which he announced release dates for projects.

The video shows footage from the PC-versions of the three games, the French Studio. Remember: all of these projects are in the genre of interactive movie, where the main emphasis is on storyline and the possibility of adopting decisions that determine the development of history. At the end of the video shows the release date, and in the Epic Games Store appeared regional prices for projects of Quantic Dream.

Heavy Rain will be released June 24;

Beyond: Two Souls will be available July 22;

Detroit: Become Human will have to wait until the fall.

All games about a month before release will get the trial version, available to users of the Epic Games Store. Now in EGS in the campaign, including discount Detroit: Become Human can be purchased for 269 USD.

Previously, all of the above projects were exclusives to Sony consoles.