Beauty digest: lipstick in support of gender equality to a new collaboration of Anna Sedokova

Brand M. A. C has introduced a collection dedicated to “Aladdin” Anna Sedokova became a Clear Ambassador, Reese Witherspoon and Elizabeth Arden has released a lipstick in support of gender equality around the world. What else was said this week in the world of beauty read our material.

Cult Beauty has launched a line of skin funds for vulvar

British Cult Beauty company in cooperation with a nonprofit charity Lady Garden Foundation (she collects money for the treatment of gynecological cancers such as ovarian, cervix and vagina) has released a new line #vulvation devoted to women’s pleasure. In the photo from the ad campaign demonstrates vulva in different shapes and skin tones. 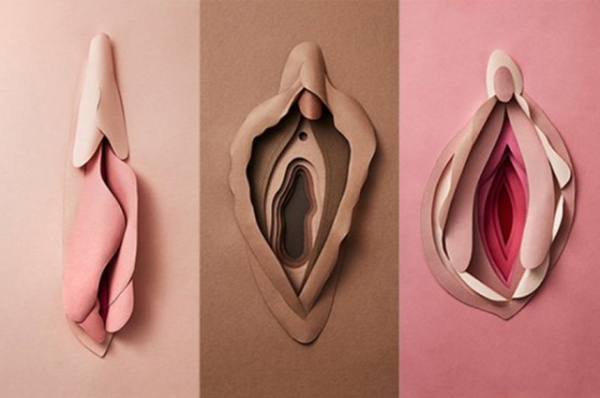 The collection includes tools and is pH balanced (which means that they do not change the acid-alkaline balance of the skin), lubricant, sex toys, exercise machines for the muscles of the pelvic floor and products that help increase libido.

In addition to inclusive collection, Cult Beauty also created a platform for dialogue on the topic of women’s health, sex and wellbeing.

Anna Sedokova became the new Ambassador of the brand Clear

36-year-old singer Anna Sedokova held a public talk about beauty, confidence and in yourself and impeccable style as the new brand Ambassador of Clear. Among the guests were seen actress lukeria Ilyashenko and Natalia Bardot, popular bloggers Karina Kasparyants and Lucy Chebotina. The music in this evening’s guests put a secular DJ Dasha Yastrubetska.

The meeting was timed to coincide with the restart of line means on care of hair Clear. Brand Ambassador’m sure no stylish clothes or expensive accessories will not be replaced by glowing skin, a beautiful smile and beautiful hair.

In the past two years, Reese Witherspoon has partnered with Elizabeth Arden. This spring, brand introduced a limited edition lipstick, which supports women around the world.

Last year the campaign March On, named in honor of women’s history month which is celebrated in the United States, and also in honor of women’s marches of the past, the brand has released red lipstick. It’s now out in the shade Pink Punch. This shade, according to the brand, was inspired by a generation of young women leaders and celebrates their courage.

Most importantly, all money from sales will be sent to the organization UN Women, which fights for the rights of women and girls around the world, works with governments to develop and assist in the implementation of laws, policies, programmes and services aimed at ensuring gender equality. Reese is an ardent activist and struggling to make in Hollywood was represented by actors with different skin colors and physical features.

The lipstick came within the line of Beautiful Color Moisturizing Lipstick, which promises hydration, its formula is enriched with Shea butter. Pink Punch is a bright cool pink that, as you can see in the photo, Reese looks amazing.

Benetton Perfumes has announced the four young leaders (bloggers with lots of followers in social networks, in other words) from different countries, who will present the fragrances of United Colors of Benetton. In their number fell and the 21-year-old YouTube star Sasha Spielberg. The girl started vlogging at age 13, and after a couple of years was able to call himself a singer, model and actress.

Together with the Russian part of the team of global ambassadors Benetton Perfumes have become an Indian actress Dzhanvi Kapoor, Argentine singer Amy Memes and Mexican actor and model Jose Pablo minor.

M. A. C has released a collection dedicated to “Aladdin”

To celebrate the release of art film adaptation of the famous disney cartoon “Aladdin” (Aladdin), M. A. C has released a limited collection of lipsticks for the lips, makeup eyes and shimmers / highlighters. All in bright packaging with rich patterns and bright colors of Agrabah — city, the place where the exciting story of Aladdin and Jasmine.

The line was inspired by a make a disney Princess (in the film played by Naomi Scott) in a bold metallic, matte and shimmering shades.

The collection will be released in may, but for now enjoy the trailer of the film.