Home / business / Avakov ordered to cancel the protection of the rally.

Avakov ordered to cancel the protection of the rally. 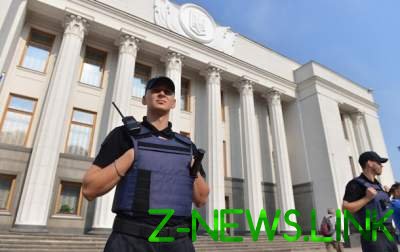 Security of meeting is too expensive, said Avakov.

The Minister of internal Affairs Arsen Avakov ordered to cancel the protection of the rally under the Verkhovna Rada. About this he wrote in Twitter.

“To spend public resources and guard on the “trash” under the Rada do not intend to. Gave the command to remove interior Ministry forces on the perimeter”, – he wrote.

As reported Корреспондент.net on 17 October near the Verkhovna Rada gathered about four thousand people. The protesters demanded, in particular, to abolish parliamentary immunity, to create anti-corruption court and to introduce proportional electoral system with open lists.

The former head of the Odessa regional state administration Mikhail Saakashvili said that the action near the Verkhovna Rada will last until early November.