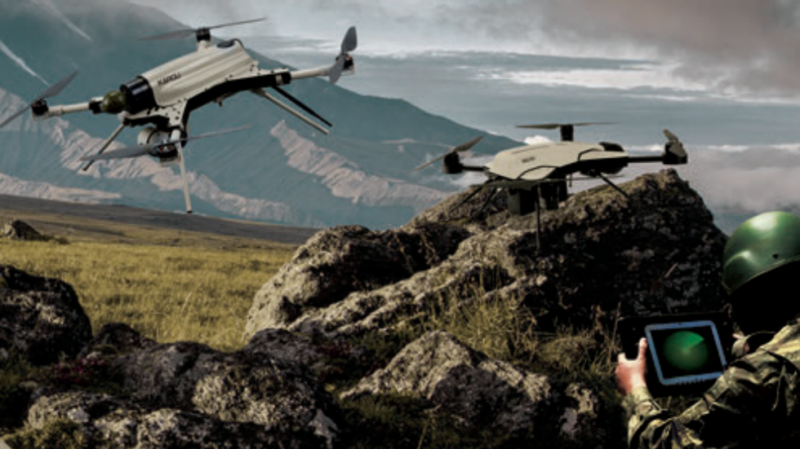 According to the report, anti-government Libyan National Army fighters, under military commander Khalifa Haftar, were retreating last March following an unsuccessful attack on Tripoli, when they ran into a swarm of terrifying aerial opponents.

They were “hunted down” by unmanned drones, as well as “lethal autonomous weapons systems,” the latter of which can be programmed by controllers to seek out and attack targets, and carry out these instructions even if communications with the controllers are severed.

Haftar’s fighters “were neither trained nor motivated to defend against the effective use of this new technology and usually retreated in disarray,” the report continues. While in retreat, “they were subject to continual harassment” from the killer robots.

It is unclear whether the drones were in contact with human controllers during these reported attacks, or whether they were directly responsible for any casualties or deaths. Were they operating autonomously, the scenario described in the report would likely mark a horrifying milestone: the first recorded incidence of truly independent robots attacking humans on the battlefield. However, the report does not specify what level of autonomy the robots were functioning under.

The drones, known as “loitering munitions,” are quadcopter-type vehicles outfitted with cameras and carrying small explosive devices. Left in an area to operate, they identify targets and dive from the air, blowing themselves up upon impact. The devices identified in Libya were ‘Kargu-2’ loitering munitions, deployed on the Libyan battlefield by Turkish forces allied with the UN-backed and Tripoli-based Government of National Accord.

Their deployment, the UN report noted, is in violation of a 2011 UN Security Council resolution prohibiting member states from engaging in “the direct or indirect supply, sale or transfer” of arms to the country.

The move to autonomous weapons has been predicted by analysts for years now, and calls have mounted for a ban on such devices. The Campaign to Stop Killer Robots, a coalition of peace activists, scientists, academics and politicians, is lobbying the UN to adopt an international ban.

“Current machine learning-based systems cannot effectively distinguish a farmer from a soldier,” security analyst Zachary Kallenborn wrote in The Bulletin of the Atomic Scientists last week. “Farmers might hold a rifle to defend their land, while soldiers might use a rake to knock over a gun turret… various factors may inhibit an accurate decision.”