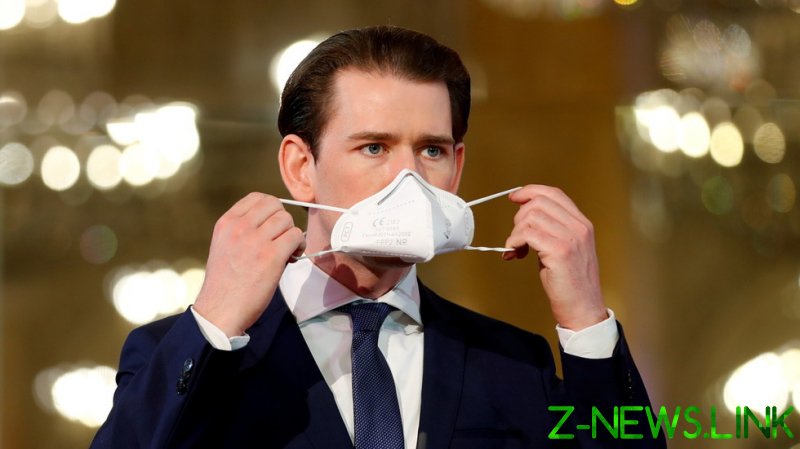 Speaking to Austrian media, Kurz maintained he had not committed any wrongdoing, maintaining that he did not provide the parliament with any misleading statements.

“I cannot with the best of my will imagine that in a country like Austria you will be judged for something you haven’t done,” Kurz told the Kronen Zeitung newspaper in an interview published on Sunday.

Earlier this week, Kurz revealed he has been targeted by a probe led by the Public Prosecutor’s Office for Combating Economic Crime and Corruption (WKStA). The investigation is related to the so-called ‘Ibiza affair’, namely to the statements made by the Chancellor before a parliamentary committee last June.

Every word he said during the parliamentary hearings has been nit-picked by the critics, Kurz said, adding that he expects criminal charges to be filed against him.

“After every word of mine on 58 pages [of testimony] is put on the scale, I certainly expect a criminal complaint, that’s right,” he said.

The chancellor, however, does not believe that the case against him would have any chance of succeeding in court, as he expressed confidence that he would be exonerated of any wrongdoing.

“I have spoken to numerous lawyers and several university professors. The tenor was always the same: no one can imagine that there will be a conviction here,” Kurz told the newspaper.

In a separate interview with the Oesterreich newspaper, Kurz ruled out the possibility of resigning if the case against him actually gets to court and he is charged.

“I definitely rule that out. Like many people, I have made many mistakes, both privately and professionally. But what I definitely know is that I went into the commission with the intention of answering the questions truthfully,” he stated.

The ‘Ibiza affair’ has been plaguing the Kurz government for months. The major political scandal erupted back in May 2019, when German media published footage of then-Vice Chancellor Heinz-Christian Strache and leader of the right-wing Freedom Party (FPO) Johann Gudenus holding a shady private meeting on the Spanish resort island with a woman pretending to be the niece of a Russian oligarch.

The expose led to the downfall of the first Kurz government, yet he was able to regain control as he formed a coalition with the Greens instead of the FPO. Earlier this year, Strache was formally charged with corruption over the ‘Ibiza affair’, facing up to five years in prison if found guilty.

The ‘leaked’ Ibiza video itself, however, has turned out to be an intricate political hit, launched against the Austrian top officials. The recording was made back in 2017 – well before Strache assumed his office – while the mysterious femme fatale turned out to be an imposter.

The ‘oligarch’s niece’, who was reportedly a Bosnian exchange student, got some €7,000 for her act and has vanished, while the man pretending to be her associate in the scandalous video was arrested in Germany last December. According to media reports, the man was arrested over illegally filming people, as well as trafficking a three-kilogram haul of cocaine.