Home / WORLD / Austrian leader Kurz laments state of EU/Russia relations, says real peace in Europe can only be achieved if they work together

Austrian leader Kurz laments state of EU/Russia relations, says real peace in Europe can only be achieved if they work together 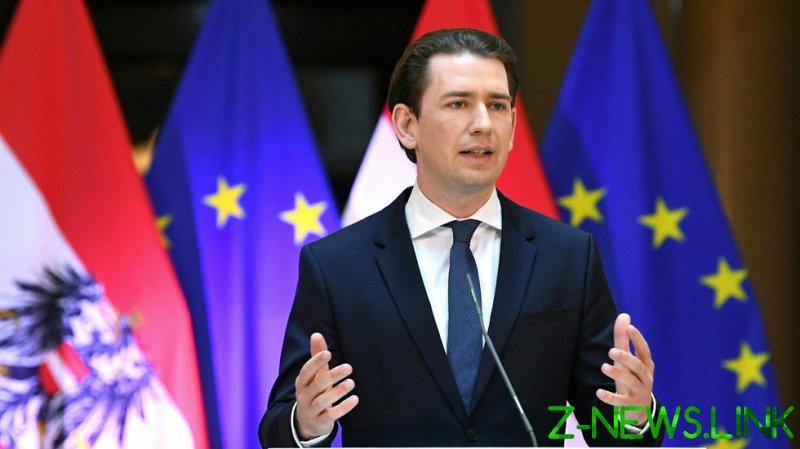 Kurz gave an interview to TASS on Thursday, ahead of his virtual appearance at the St. Petersburg International Economic Forum on Friday, where he will be speaking alongside Russian President Vladimir Putin and Qatari Emir Sheikh Tamim bin Hamad al-Thani.

According to Kurz, despite the wide range of existing disagreements between the EU and Russia, both parties have many topics on which they agree – for example, the fight against climate change or the non-proliferation of weaponry.

“It is obvious that the EU and Russia have clear differences on some issues, such as human rights or the territorial integrity of Ukraine,” the Chancellor said. “In the future, we should be able to both openly discuss differences and, at the same time, cooperate in areas of mutual interest.”

In the end, it is absolutely clear to me that peace in Europe is only possible with Russia, and not against it.

Kurz highlighted Russia’s importance to the EU as one of its most important trading partners, noting that about 600 Austrian companies currently operate in the Russian market, providing jobs in both nations.

The Chancellor also commented on the construction of the controversial Nord Stream 2 gas pipeline, which the Austrian government has backed, along with their German neighbors.

“We, like Germany, continue to support Nord Stream 2 because it meets our economic interests,” he said. “[It] serves to diversify our energy supply routes and thus ensure Europe’s energy security.”

Once finished, the pipeline will connect Germany directly to Russia via the Baltic Sea, creating a new route for gas to be transferred to Western Europe. It aims to protect Berlin’s energy security and make the process less reliant on third countries such as Ukraine transiting gas.

In April, the Austrian Chancellor spoke out against proposed new sanctions against Russia, instead suggesting the European Union moved in the opposite direction.

“I am against additional sanctions as an end in themselves,” he said. “De-escalation is required. It is difficult, but constant aggravation is not the way we want to go.”