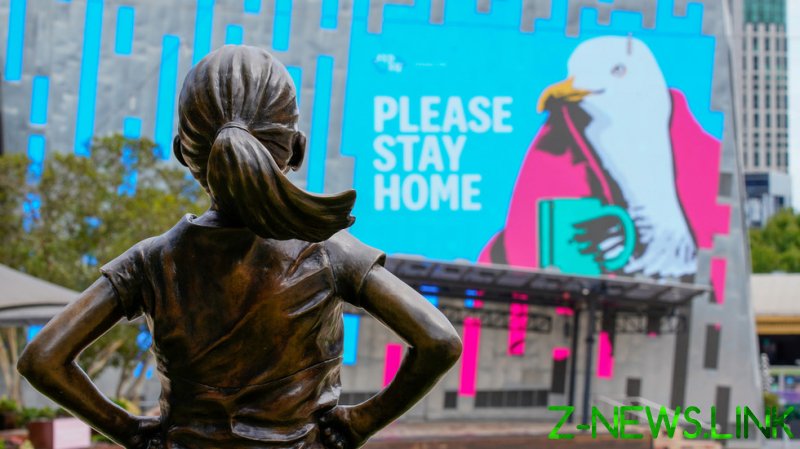 “We’re dealing with a highly infectious strain of the virus, a variant of concern, which is running faster than we have ever recorded,” Merlino said during a press briefing in the state capital of Melbourne.

The new restrictions come after 26 cases linked to a viral strain first detected in India cropped up in Victoria over the last week, 12 of them reported overnight between Wednesday and Thursday. That brought the state’s active case count to 34.

Merlino said that more than 10,000 people had been identified by contract tracers as needing quarantine after potentially encountering one of the new patients, predicting that figure “will continue to grow and change” in the coming days.

Victoria’s fourth lockdown since Covid-19 emerged on the world stage in late 2019, the new round of restrictions will take effect at 11:59pm local time on Thursday night, forcing millions of residents to remain home for seven days with the exception of urgent travel for “necessary goods and services,” “authorised work” or health reasons. Even then, Victorians were urged to remain within 5km (3 miles) of their homes.

Further exemptions are allowed under certain circumstances, such as when one wishes to visit an “intimate partner” or somebody within their “bubble” of immediate contacts. Schools will also be shuttered for the week, while in-person weddings, funerals and religious gatherings are set to be barred entirely.

Other Australian states have implemented stricter controls on travelers from Victoria in response to the “circuit breaker,” seeing Western Australia and Tasmania close down their borders with the state on Thursday, after South Australia made a similar decision one day earlier. Queensland and the Northern Territory will also ask travelers to quarantine for two weeks after arriving from Victoria.

As it faces an uptick in confirmed cases, Victoria’s vaccination drive was recently extended for residents aged 40-49, after previously allowing immunizations only for those older than 50. Merlino, however, lamented a lagging campaign earlier this week, saying “we might be facing a different set of circumstances” had doses been rolled out faster. To date, just shy of 400,000 shots have been administered across Victoria, with less than 63,000 residents fully vaccinated.

While the state is by now no stranger to lockdowns – facing some of the world’s harshest restrictions over the last year – its previous containment policies have come under fire by officials and other residents. Last December, Victoria’s Ombudsman Deborah Glass issued a scathing report that said a “hard lockdown” imposed on several public housing towers in July 2020 was “not compatible with the residents’ human rights,” and may have been “contrary to the law.” A constitutional challenge was also brought against the policies by a local business owner last year, but was ultimately struck down in the courts.