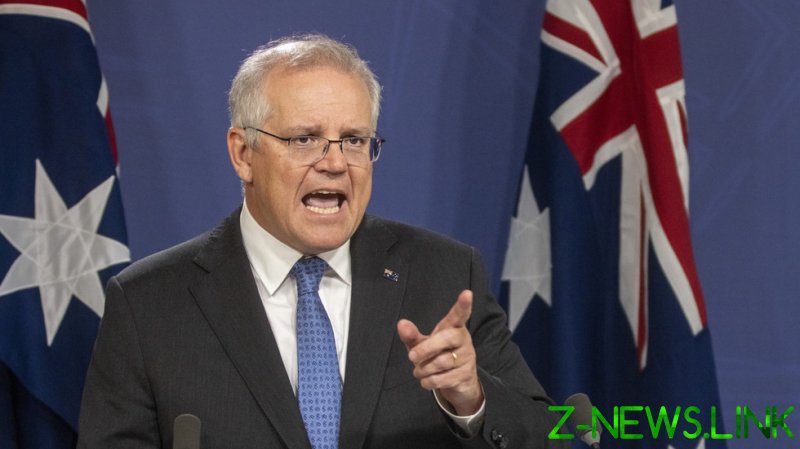 Novak Djokovic could avoid a three-year ban from Australia but would only be allowed to return “in the right circumstances,” Prime Minister Scott Morrison has suggested.

Djokovic, 34, lost his last-ditch legal bid to remain in Australia on Sunday when a federal court ruled unanimously in support of Immigration Minister Alex Hawke’s decision to cancel the world number one’s visa for a second time.

The ruling means Djokovic will be subjected to a three-year ban on receiving another Australian visa “except in certain circumstances.”

Speaking on Monday, Morrison did not rule out the nine-time Australian Open champion being allowed back into the country early – but made no promises.

“I’m not going to precondition any of that or say anything that would not enable the minister to make the various calls they have to make,” Morrison told radio station 2GB.

“I mean, [the ban] does go over a three-year period, but there is the opportunity for them to return in the right circumstances and that would be considered at the time.”

Much of the issue could boil down to Djokovic’s vaccination status, which has been the crux of the case to deport him.

The unvaccinated star arrived Down Under with a medical exemption to compete at the Australian Open granted by Tennis Australia and the Victoria state authorities, based on recovery from a Covid-19 infection in December.

But that was deemed insufficient reason for entry by border officials.

“We didn’t give him an exemption. The federal government gave him no such exemption,” said Morrison, who has been accused of scapegoating Djokovic for political gain throughout the episode.

“It’s not our first rodeo, our government has dealt with border issues on many occasions.”

READ MORE: Djokovic poses with fans in Dubai after being kicked out of Australia (VIDEO)

Elsewhere, Australian Home Affairs Minister Karen Andrews suggested Djokovic could return if he had a “compelling reason,” but that it was “all hypothetical at this point.”

“Any application will be reviewed on its merits,” she told Channel Nine.

In announcing the decision to deport Djokovic, the statement from Immigration Minister Hawke noted that “compelling circumstances that affect the interests of Australia” are among the reasons not to impose a full three-year ban.

Hawke exercised his personal powers to revoke Djokovic’s visa for a second time after arguing that the tennis icon’s continued presence in the country would excite anti-vaccination sentiment.

After leaving Melbourne on Sunday, Djokovic is due to arrive in his Serbian homeland just after midday local time on Monday.

The saga means Djokovic has been deprived of the chance to win a record 21st Grand Slam title overall, which would move him ahead of Roger Federer and Rafael Nadal in the all-time stakes.

Djokovic could also find himself stuck on nine Australian Open titles – already a record, but a tally he would have been tipped to improve upon this year.