At the Odessa landfill has tested a new missile installation. Video 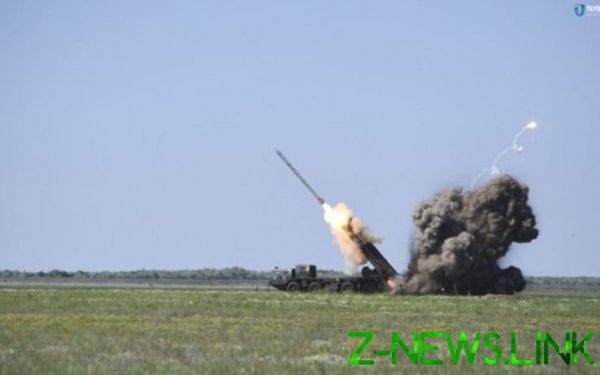 Ukroboronprom unveiled a new rocket system Alder and Alder-R. On 24 may reported in a press-service of the company.

The rocket launcher was successfully tested on one of military ranges in Odessa region.

During a series of runs was checked tactical and technical characteristics of missiles, guidance systems and capabilities of the upgraded missile system to destroy targets in minimum time after getting the job to kill.

The Ukroboronprom added that these systems are modernized versions of the Alder, which is already in serial production.

“Modernization is aimed at increasing the flight distance, improved accuracy, use of new design solutions and materials, increases the overall efficiency of this high-precision weapons,” — said the General Director of the group Paul Bukin.

Defense Minister Stepan Poltorak said that from August to October will be held the state test and delivery of missile systems of the armed forces.

According to Ukroboronprom, this modernized version of the new precision weapons provide the destruction of the enemy at the distance of 130 km the first shot.