At the gas station in Kharkiv, the police tear gas gun. Video 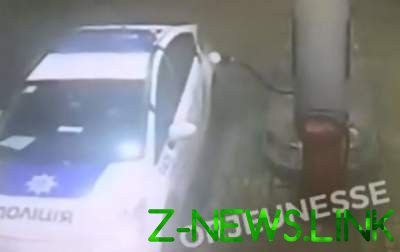 At the gas station caused the second crew of the patrol who found fellow offenders.

In Kharkiv police patrol ripped off at the gas station the gas nozzle.

The incident occurred at night on may 13 at one of the gas stations of the city. “The patrol police ran an office car and drove away, pulled the gas nozzle. After the incident, they did not want to pay the gas station caused damage and left the scene of incident”, – stated in the message.

This video it is not visible. The footage shows that the police officers immediately returned to the gas station.

It is noted that the gas station caused the second crew of the patrol who found fellow offenders. In this design, the accident was conducted.

In a press-service of the patrol police of the Kharkov area has informed that on this fact the leadership of the Department has appointed an internal investigation.