Home / Video news / At the bottom of the ocean noticed a strange creature. Video

At the bottom of the ocean noticed a strange creature. Video 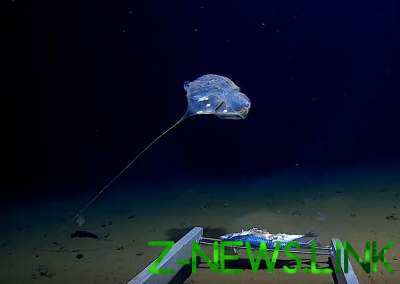 Scientists believe they could find a new species of living beings.

Scientists discovered in the Sunda trench, the deepest part of the Indian ocean – an unusual creature that looks like a balloon on a string.

According to one of the researchers, Alan Jamison, they found a group of Japanese scientists who have described something similar 20 years ago. However, these two beings were found to have significant differences: older sample was present thread, which “hung” from the head, and the more recent of such features was not.

Scientists believe they could find a new species of living beings that live at a depth of 6.5 thousand meters. Most likely, these are animals from the class of chordates, which with age grow to the surface and not moving, and the larval stage swim freely in the ocean. Their body length can reach 30 cm.