Home / Society / At the airport noticed a girl like Alyona Zaitseva

At the airport noticed a girl like Alyona Zaitseva 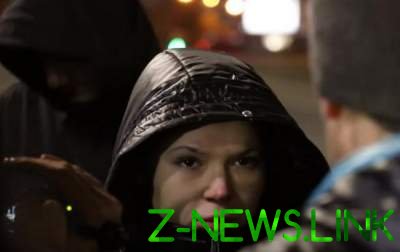 Users of social networks argue about the authenticity of the photo

On Saturday, November 4, at the Kharkiv airport was spotted girl, very like a culprit bloody accident Alyona Zaitseva. Writes about this on his page in Facebook Kharkiv LIVE.

“We certainly don’t believe in conspiracies, but this is a photo from today’s flight to UAE,” says the message of community Kharkiv LIVE.

A photo of a girl in the airport did the witnesses, and have compared it with a photo of Alyona Zaitseva already the administrator of the community. Commentators were divided. Many argue that she did not like the culprit of the accident.

Some remain neutral, claiming that the appearance of Zaitseva is a pretty standard now girls with this type of person much.

But there are those who agree that girls on the two photos are very similar. In addition, several of commentato doubted the authenticity of the photo as the claim that they Kharkiv airport there is no flight to the UAE. “And aeroprot what city? Kharkov to UAE does not fly!”, – posted by Olga Shvets.

Recall that the accident took place in Kharkiv on the evening of October 18 at the intersection of streets Sumy and lane Mechnikov. In the accident killed five pedestrians, another six people were seriously injured. Another girl died a few days in the hospital. The culprit of the accident was 20 -year-old Alena Zaytseva, the adopted daughter of the Kharkov businessman Vasily Zaitsev, President of the “Group – Typhoon” and is now Chairman of the Board and CEO of PJSC “PTP “ukrenergochermet”. 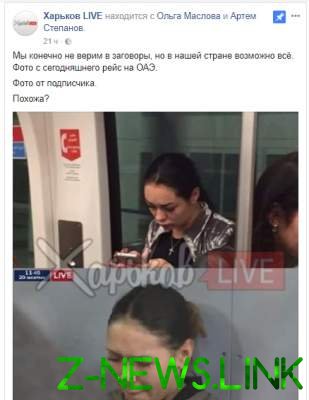