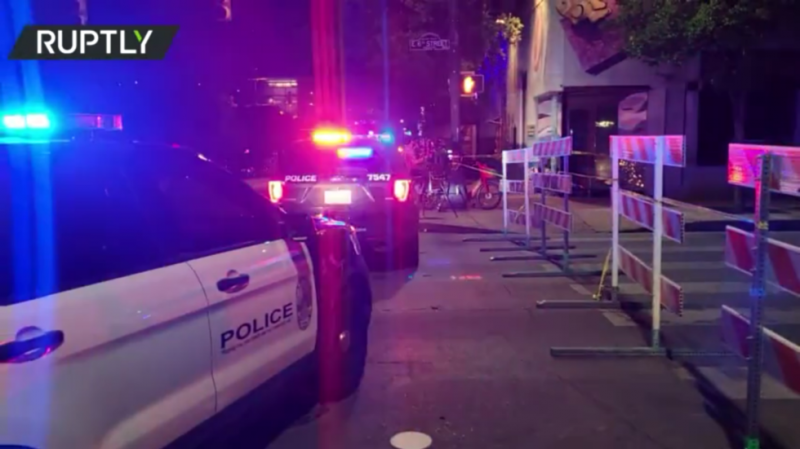 The incident, described by the Austin-Travis County Emergency Medical Services as an “active attack,” occurred in downtown Austin early on Saturday.

At least 13 people were injured in the shooting, with two of them suffering critical and two others non-life-threatening injuries. The status of the other injured parties was not immediately clear.

Austin Police Department has urged the public to stay away from the 6th Street area. It has described the incident as a “chaotic” one, stating that officers are still accessing the situation.

Footage circulating online shows several victims lying on the ground in the middle of a busy street, with multiple police officers and paramedics attending to them.

The suspect fled the scene and remains at large. The police gave a very general description of him, with Austin Interim Chief of Police Joseph Chacon telling a news briefing that the attacker is believed to be a black man of “skinny” build with dreadlock-style hair. Chacon said the motives for the shooting are still unknown.

Detectives from the homicide, aggravated assault, organized crime and gang units have been dispatched to the scene to investigate the incident. Agents from the FBI Joint Terrorism Task Force are also assisting local police, Chacon stated