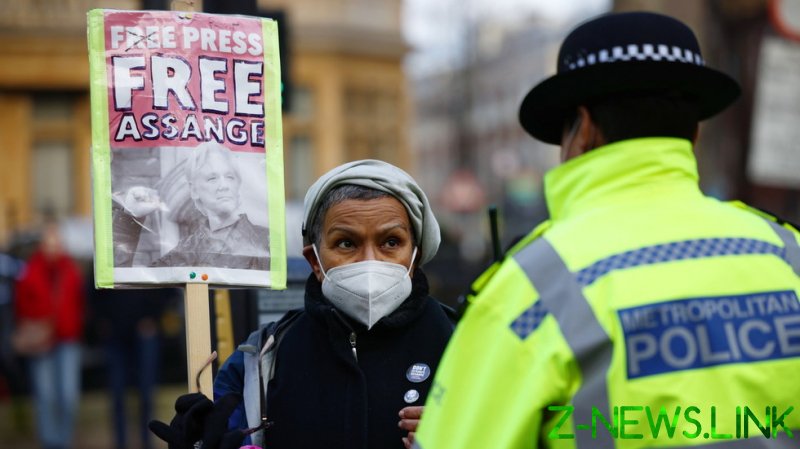 Assange was seeking bail in the Westminster Magistrates’ Court presided over by District Judge Vanessa Baraitser, who on Monday ruled against his extradition.

The activist had already served a 50-week sentence in the UK for jumping bail in 2012 when he hid in London’s Ecuadorian Embassy to avoid extradition to Sweden.

The judge said Assange “has an incentive to abscond,” adding that there is a good chance he would not return to court if freed.

Assange was also previously denied bail in September 2019, when Judge Baraitser ruled that there were “substantial grounds” to believe he would “abscond again.”

“Mr. Assange has every reason to stay in this jurisdiction, where he has the protection of the rule of law and this court’s decision,” he said.

Fitzgerald said Assange would be safer at home, with his partner Stella Moris and the couple’s two young sons, than in prison, where there is “a very grave crisis of Covid.”

WikiLeaks Editor-in-Chief Kristinn Hrafnsson slammed the denial of bail by the judge as “unjust, unfair, and illogical, [especially] when you consider her ruling two days ago about Julian’s health.”

Baraitser refused to allow extradition, citing a concern that the US justice system could not prevent Assange from possibly taking his own life.

Hrafnsson noted that Assange’s physical and mental health has deteriorated while behind bars in Belmarsh.

The WikiLeaks co-founder could face a maximum of 175 years in prison in the US, if found guilty on all 18 counts related to the conspiracy to obtain and release classified documents pertaining to the conduct of US forces in Afghanistan and Iraq.