Home / WORLD / As US seeks geopolitical allies to contain China, South Korea is edging toward full sovereignty – guaranteed by its own missiles

As US seeks geopolitical allies to contain China, South Korea is edging toward full sovereignty – guaranteed by its own missiles 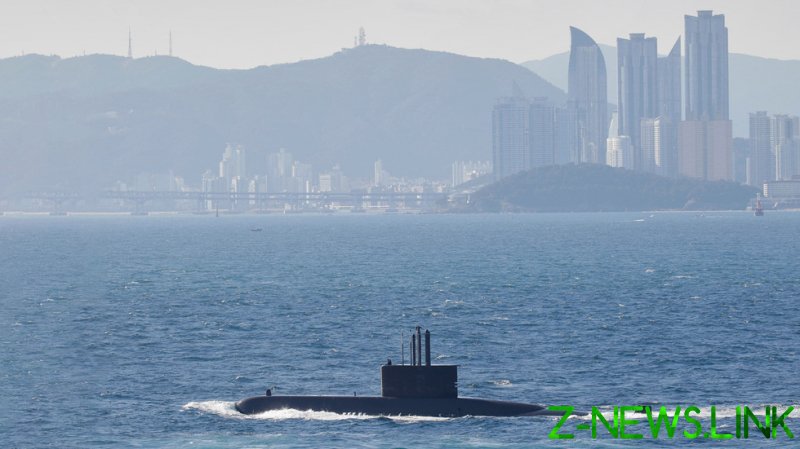 Top-level foreign visits are rare in Washington these days. US President Joe Biden has so far met with only two foreign leaders – both of them from Northeast Asia.

In April, he hosted Japanese Prime Minister Yoshihide Suga. In May, he greeted his South Korean counterpart, Moon Jae-in. The choice for Biden’s first in-person summits unequivocally points to the main geopolitical concern preoccupying Washington: how to contain the seemingly unstoppable rise of China.

As the Asia-Pacific turns into the main arena of great power competition in the 21st century, there are a few players whose strategic value is extremely high. They include Japan, Australia, India, Vietnam, and South Korea. Washington sees them as essential bricks in a wall to contain Beijing.

Each of the five has their own unique value for US strategists. Japan is America’s main unsinkable aircraft carrier in the Western Pacific. Australia is Washington’s ‘deputy sheriff’ in the South Pacific. India is supposed to provide the geo-strategic and demographic mass to counterbalance China. Vietnam is assigned the part of China’s main antagonist in Southeast Asia and the South China Sea.

As for the Republic of Korea (ROK), it is on the Korean Peninsula where America maintains a permanent military presence on the Asian land mass – in the immediate vicinity of China. The giant US military base Camp Humphreys, located south of Seoul, is just 600 miles (970km) from Beijing. South Korea is all the more significant as it’s a major industrial and technological power. Suffice it to say that Samsung is a key player in the global semiconductor industry.

Moon Jae-in may have been “given the privilege of the administration’s second in-person summit in Washington,” as a White House source put it, but, in fact, it’s hard to say who needs whom more nowadays. South Korea’s military alliance with the US, established seven decades ago, was meant to protect the South against the threat from North Korea. Today, however, only people with a very fertile imagination could hypothesize that Pyongyang would try to replay the Korean War by invading South Korea. The South Koreans are less and less worried about the ‘threat from the North.’ The rationale for the continued existence of the alliance is getting rather tenuous.

For almost two decades, Washington has been seeking to repurpose the US-ROK alliance with a focus on China. However, Seoul has been stubbornly resisting those attempts. The Koreans just don’t perceive China as a major threat. For millennia, Koreans lived in the Sino-centric world, with Korean-Chinese relations for the most part peaceful and mutually beneficial. Add to this South Korea’s critical economic dependence on China, which has formed during the past three decades. Beijing knows how to use this leverage. In 2017, China slapped penalties on South Korea, in retaliation for Seoul’s decision to allow the deployment of a US missile defense system. South Korea seems to have learnt the lesson and is now extremely reluctant to agree to anything that might provoke Chinese wrath.

The Biden-Moon summit produced a lengthy joint statement extolling the US-ROK relationship as an “iron-clad alliance” and “a linchpin for the regional and global order.” The two sides exchanged gestures of mutual generosity, with the US providing anti-Covid-19 vaccines for the 550,000 South Korean servicemen. For his part, Moon pledged $220 million to development cooperation in Guatemala, Honduras, and El Salvador to address “the root causes of migration from Central America’s Northern Triangle countries to the US.” It seems as if the Biden administration persuaded Seoul to pay toward solving the problem of migration into the US. Trump must have looked on in envy.

Still, rather than vaccines and Central America, the main item on the summit agenda was China. The US negotiators got their South Korean counterparts to mention “the importance of preserving peace and stability in the Taiwan Strait” and “freedom of navigation and overflight in the South China Sea,” both meant as an implicit reprimand to Beijing.

The joint statement also included a positive, albeit passing, reference to the Quad (an anti-China coalition of the US, Japan, Australia, and India). Seoul, however, immediately downplayed these statements, with South Korean officials going out of their way to explain that the ROK did not mean to offend China. Moreover, Seoul had reportedly consulted with Beijing ahead of the Moon-Biden summit. In this light, the lofty assurances of commitment to the “iron-clad alliance” with the US sounded somewhat farcical.

South Korea is not the only country in Eurasia that has to walk a tightrope amid great-power rivalry. Look, for example, at Kazakhstan’s “multivector” diplomacy. This Central Asian country is Russia’s official ally, being a member of the Moscow-led Collective Security Treaty Organization, but, at the same time, has close ties with China, the US, and Turkey. In Southeast Asia, US treaty allies Thailand and the Philippines are doing essentially the same thing, deftly maneuvering between Washington and Beijing.

South Korea differs from the likes of Kazakhstan and the Philippines in that it possesses the industrial and technological capability to turn itself into a major military power. The Biden-Moon summit was important in this respect, because the US agreed to remove all the remaining limitations on Seoul’s missile development programs in terms of range and payload capacity. South Korea has thus finally acquired “missile sovereignty.”

It’s just a matter of time, perhaps one or two decades, before the Republic of Korea gains full political sovereignty too. The alliance with the US could still survive until that time, but the main guarantor of South Korea’s security will not be American troops. Rather, it will be South Korea’s own nuclear-powered submarines, armed with long-range missiles.