Home / WORLD / As another Chrissy Teigen accuser claims she told him to commit suicide, one has to wonder how many ‘woke passes’ do celebs get? 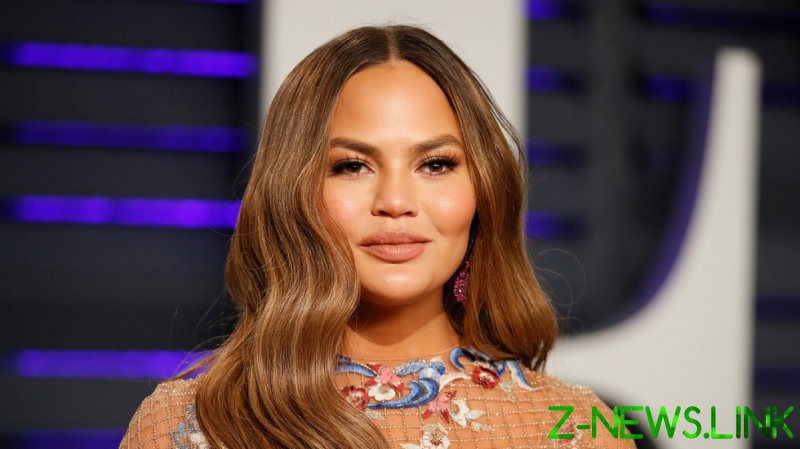 If one looks at most mainstream media coverage of Chrissy Teigen, a rather positive picture starts to be painted. She posts about her children, seems to be happily married, and interacts often with fans.

Take a deeper look, however, and you’ll see the venomous disdain so many modern liberals, especially in Hollyweird, have for everyone and anyone who dares to disagree with them or lives in a way they do not approve of from their high castle.

Teigen is typically plastered across social media platforms, but she has been relatively quiet lately after some of her more aggressive direct messages to others were shown to the public in all their ugly rawness.

Teigen messaging model Courtney Stodden, who was a minor at the time, insulting her looks and telling her to take a “dirt nap” doesn’t quite align with her public image, the do-good liberal mother always throwing her support behind ‘woke’ causes and supporting all the ‘right’ politicians, such as President Joe Biden and Hillary Clinton.

After Teigen’s messages to Stodden became public, the latter revealed having gone through mental health struggles as a youth thanks to people like Teigen choosing to take time out of their day to insult them.

Being the good liberal she is, Teigen has apologized at length and claimed she was simply being a “troll” – would this excuse work for Trump’s public tweets too, which Teigen has often targeted?

“There is simply no excuse for my past horrible tweets. My targets didn’t deserve them. No one does,” the model wrote. “Many of them needed empathy, kindness, understanding and support, not my meanness masquerading as a kind of casual, edgy humor.”

“Casual, edgy humor” apparently equates to encouraging multiple people to commit suicide as, just as Teigen’s apology dropped, yet another person came forward with a story about her bullying.

Designer and ‘Project Runway’ star Michael Costello revealed in recent Instagram posts that Teigen had told him to kill himself multiple times in 2014, following a social media post that appeared to be from Costello using the n-word – which he says was photoshopped by a “disgruntled employee.” Despite the post being fake, and Costello saying this multiple times and offering a private conversation, Teigen simply continued to slam him as a racist, said he deserved to die, and allegedly may have even blocked him from getting several jobs.

“When I reached out to Chrissy Teigen to communicate that I was the victim of a vindictive cyber slander, and the everything she thought I was is not who I am, she told me that my career was over and that all my doors will be shut from there on,” Costello wrote. “And wow, did she live up to her words.”

It’s not the first time something like this has happened. There are numerous public liberals who say some rather questionable and offensive things in the moment, but the media and fellow liberals dive straight in to cleanup duty almost immediately after.

Trump hater Alec Baldwin may have found his career slowing after allegedly using a gay slur against a photographer and he may have faced some unpleasant moments when voice recordings of him yelling at his daughter came out, but when he threw on an orange wig and did a halfway decent impression of Trump for ‘Saturday Night Live’, he was suddenly given one of the strangest – and most successful – comebacks in the last decade.

This sort of dismissive attitude toward the behavior of card-carrying liberals extends beyond celebrity too.

Sen. Chuck Schumer (D-New York) is currently facing a non-controversy after referring to mentally disabled children as “retarded,” a word that has become increasingly labeled as hateful and derogatory by activists.

Most reactions to Schumer’s slip have been more conservative Twitter users wondering where the outraged woke mob is.

When covering Schumer’s comments, Politico framed it as the veteran senator using an “outmoded” word. Would a Republican receive similar spin? To take things further, would Donald Trump Jr. be met with the same shrug of the shoulders Hunter Biden was after recent reports alleged he used the n-word multiple times when speaking to his lawyer through text messages.

Bullying teenagers and telling someone to commit suicide because you’re outraged about fake news is obviously a tad more extreme than these other examples, but it highlights the fact that ‘wokeism’ today is policed by shifting and politically motivated standards that actually protect legitimate hate in some cases.

Teigen’s apology being met with yet another story of her vicious bullying just shows how empty these virtue signaling ideals are that she and others promote publicly, but don’t seem to practice privately – though that doesn’t seem to matter to their political ‘tribe’.

Teigen says her past tweets show “meanness masquerading as a kind of casual, edgy humor,” but maybe those aren’t the tweets she needs to be looking at. She should instead look at her other virtue signaling messages that come across as ridiculous and hypocritical in light of these recent revelations. It’s those tweets that are “masquerading” as messages of equality and social justice, but now look more like a cover to excuse and dismiss a strange affinity for bullying those beneath a do-gooder liberal success story like Teigen.