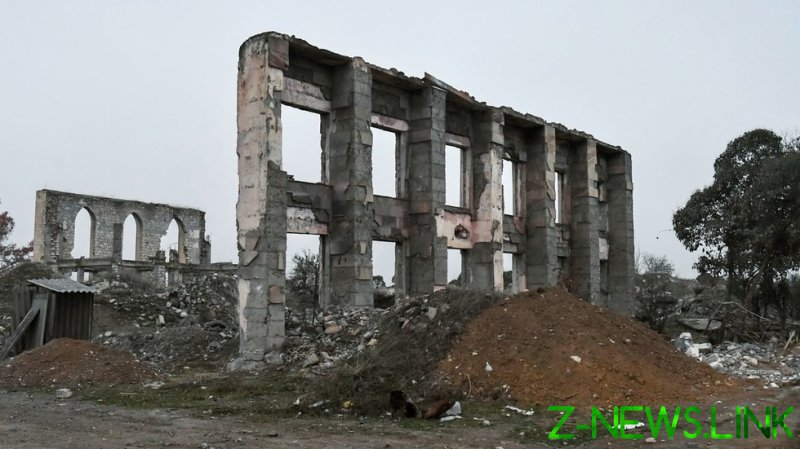 The Azerbaijani defense ministry issued a statement alleging that “on May 27, at about 03:00, a reconnaissance and sabotage group of the armed forces of Armenia made an attempt to cross the … state border.” Officials allege that the six men captured were attempting to lay mines and disrupt supply routes in what it described as a “terrorist” act.

However, later on Thursday, Armenia’s acting prime minister, Nikol Pashinyan, insisted the soldiers had been abducted from within the country’s own territory. “Our servicemen carried out work on the arrangement of the border with Azerbaijan [and] … on mining, with the installation of warning signs. There was no purpose of sabotage,” he said.

The Armenian foreign ministry added that “the provocative actions of the military-political leadership of Azerbaijan are aimed at further aggravating the situation, which could seriously undermine regional peace and stability.”

However, Azerbaijan has similarly accused its neighbor of violating the terms of the Moscow-brokered trilateral agreement, which had put a pause on the fierce fighting that claimed the lives of thousands of soldiers on both sides during the brief Nagorno-Karabakh war.

In November last year, Pashinyan and Azerbaijani President Ilham Aliyev signed a ceasefire agreement to freeze the conflict over the disputed region. Nagorno-Karabakh is considered a de jure part of Azerbaijan, but was home to many ethnic Armenians and run almost autonomously by officials with close ties to Yerevan. The deal saw Armenia relinquish control over swaths of territory.

However, it has been marred by allegations from both sides and a fear that the conflict could once again heat up. Earlier this month, Pashinyan claimed Azerbaijani forces had attempted to sneak into the country using fake ID cards in order to surround a strategic lake that straddles the border. In February, Baku accused Armenian troops of firing across the frontier in what it described as a flagrant breach of the ceasefire. Yerevan denies the allegations.