Home / WORLD / Are journalists betraying their values? No, it’s the public who are wrong, says Washington Post writer 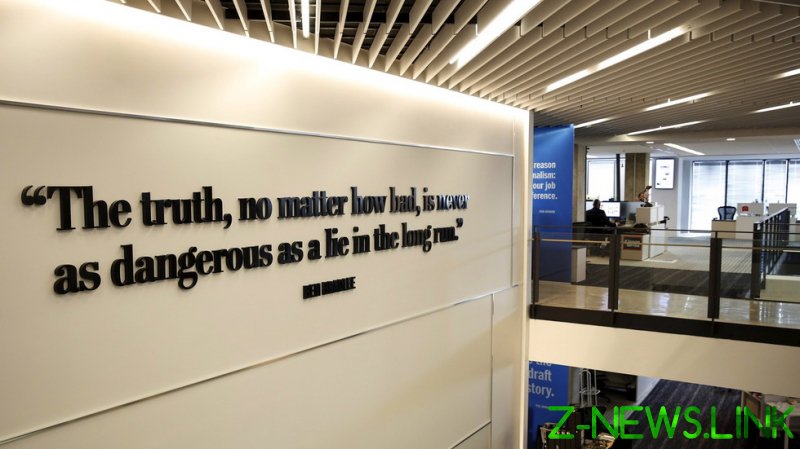 According to Sullivan, there is a “troubling disconnect” between “core journalistic values” – oversight, transparency, factuality, spotlighting wrongdoing, and giving a “voice to the voiceless” – and the American public.

Citing a new study by the American Press Institute, Sullivan on Wednesday lamented the fact that these values just don’t seem to resonate with the public anymore. Only 1 in 10 Americans support all five of these values, and when the API’s researchers split the public into four groups – the so-called “Upholders, Loyalists, Moralists, and Journalism Supporters” – only 2 in 10 fell into the latter group.

Faced with declining trust in the media – down from 70% in the 1970s to 40% last year – Sullivan thinks that journalists aren’t doing anything wrong, but are still forced to “explain to a distrustful public that, ‘we’re not biased, we’re just doing our jobs,’” in the words of API Director Tom Rosenstiel.

Sullivan reckons that journalists need to “think differently” about how to reach the 8 out of 10 Americans who don’t fully support their mission, but only suggested tweaking headlines to suit their tastes as a solution.

To some of her readers, the problem wasn’t that oversight, transparency, and factuality are bum concepts to begin with. It’s that Sullivan and her fellow journalists aren’t living up to these lofty ideals.

“This must be parody,” tweeted Republican Senator Ted Cruz (Texas), declaring that the press only follows its own guiding values “when it helps Democrats.”

Perhaps they have a point. In the last week alone, a CNN technical director admitted that the network did everything it could last year to “get Trump out of office,” and intentionally stoked fear about Covid-19 for ratings, and CBS’ ‘60 Minutes’ was caught selectively editing a story to damage Florida Governor Ron DeSantis.

Aside from these most recent blunders, last year saw the cable news reporters declare arson attacks “fiery, but mostly peaceful,” and the New York Times state that anyone describing the ‘Black Lives Matter’ riots that took place during the summer as “violent” was spreading “misinformation,” to name just two widely-mocked media missteps.

But maybe Sullivan is right, and the public just needs some better headlines to understand the vital work of the media.