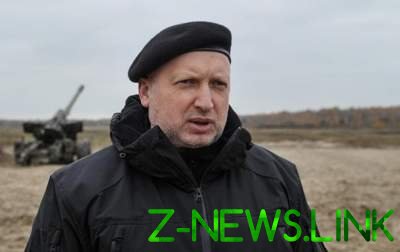 The military can get adopted domestic 152-mm shells, grenades for AGS and 60-mm mines for mortars.

Ukrainian military conducted a successful test ammunition produced by domestic enterprises. This was announced by the Secretary of the national security Council and defence of Ukraine (NSDC) Oleksandr Turchynov on the results of the shooting on the military training ground in Devicka in the Kiev region.

“And what is very important is the most scarce group of munitions, namely: 152-mm projectiles, grenades (VOG) for the AGS and 60-mm mines for the new Ukrainian mortars that are already in service with the armed forces of Ukraine”, – quoted Turchynov press service of the NSDC.

According to him, while firing all the ammunition confirmed the specified military characteristics.

Turchinov also added that after carrying out in the near future of state testing and adoption of these munitions will begin their batch production.

The Secretary of the NSDC hopes that “our military is on the front will not be any problems with the grenades for the AGS, no large caliber munitions or mines for mortars.”

“This is a very important subject to strengthen the defense of the country, its relevance has increased significantly after it was destroyed two of our mighty Arsenal” – summed Turchinov.