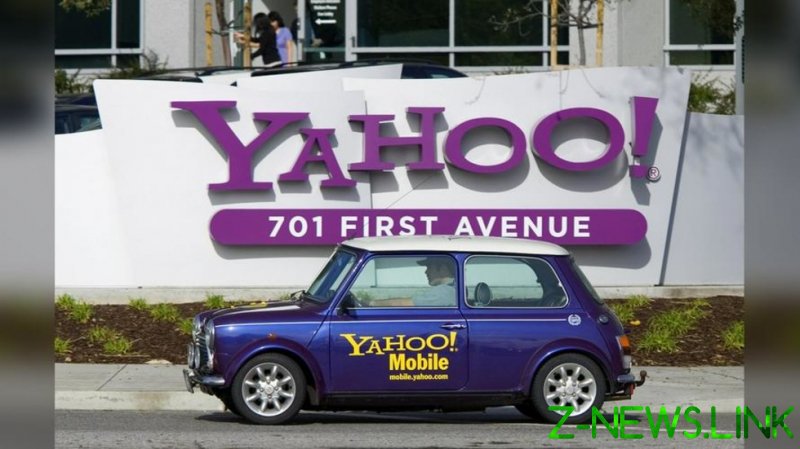 The deal to buy Verizon’s media unit, including Yahoo and AOL, was quickly met with mockery after it was announced on Monday. “This is interesting news,” podcast host Mark Eastman said. “Also, they are offloading pet rocks and a disco ball manufacturer.”

Indeed, Yahoo and AOL have fallen a long way since being ubiquitous players back when the internet mushroomed up as a gigantic consumer marketplace and public square in the 1990s and early 2000s. The companies had combined market values exceeding $300 billion around the turn of the millennium, before they were overtaken by today’s Big Tech giants.

CNET News editor Stephen Shankland pointed out that today’s purchase price for Verizon’s entire media business is about equivalent to the difference between what Microsoft was willing to pay in negotiations to buy Yahoo for nearly $45 billion and the price that Yahoo’s management was demanding.

Yahoo and AOL were long past their peaks when Verizon bought them for a combined $9 billion in 2015 and 2016, respectively. Traffic has further eroded since then. For instance, Yahoo lost 34% of its audience between 2017 and 2019, and suspension of its popular comments section on news articles last year may have led to more losses.

Verizon will receive $4.25 billion in cash for Yahoo, AOL and its other media assets. It will retain a 10%, $750 million stake in the business, which will be renamed simply Yahoo, Apollo said. Yahoo’s Guru Gowrappan will stay on as chief executive.

Private-equity firms typically carve up acquired companies and slash costs, at least partly through job cuts, to make them profitable before selling them off – sometimes in pieces – for big gains. But Gowrappan said the takeover by Apollo, which is scheduled to close in this year’s second half, will help Yahoo accelerate its growth.

“We are big believers in the growth prospects of Yahoo and the macro tailwinds driving growth in digital media, advertising technology and consumer internet platforms,” said David Sambur, a senior partner at Apollo.

Social-media users were largely unconvinced. “Apollo out here striking while the iron is cold and the blacksmith is in bed,” one Twitter commenter said.

Apollo was co-founded by Leon Black, who stepped down as CEO in March, though he retained a 23% ownership interest in the firm. It came to light earlier this year that Black paid the late financier and pedophile Jeffrey Epstein $158 million, allegedly for financial advice.

It’s not clear what advice the 69-year-old Black, a veteran Wall Street dealmaker, might have needed from Epstein. Black’s fortune is estimated by Forbes at more than $9 billion. Apollo’s other co-founders, billionaires Mark Rowan and Joshua Harris, remain with the firm.

“Yahoo and AOL are going to be bought by the moneyed friends of Epstein,” artist Kay Zed said on Twitter. “Great.”