Home / sports / Anniversary of the Olympics-80: what were the most “pure” Moscow Games 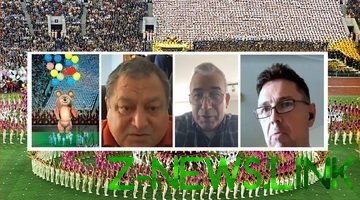 Doping control at the Olympic games first held in 1968 in Mexico. Since then and until now positive doping samples were found at every Olympic games except the 1980 summer Olympics held in Moscow.

Athletes and former KGB officer told reporters of the media project https://ru.krymr.com/a/video-doping-i-podmena-prob-sportsmenov-na-olimpiade-80-v-moskve/30733170.html%20″ target=”_blank” rel=”nofollow”>”Real time” about the behind the scenes of the Olympics-80.

These days 40 years ago and completed the last preparations for the Summer Olympic games in Moscow. The competition took place from 19 July to 3 August 1980 and ended with the triumph of the Soviet team. First place in team competition Soviet Union led to the result in 195 medals, 80 of which were gold.

The Olympics-80 in Moscow was called the most “clean”: doping is not found in any of the athlete. But four decades later it became known that the doping of the sample has switched many athletes. Related to this was the state security organs.

For the Moscow 1980 Olympics in the Soviet Union was not only sports committees, but in the Lubyanka.

Formally, the task of the Department was the implementation of measures to thwart subversive actions of the enemy or hostile elements in the period of preparation and holding of the Olympic games.

But in fact, the staff of the Department worked, including, in the Moscow anti-doping laboratory.

Accredited by the Olympic Committee, she received just two weeks before the competition, which ended with the triumph of the Soviet team: 195 medals, 80 of which are gold, as a result, the first place in the team standings. 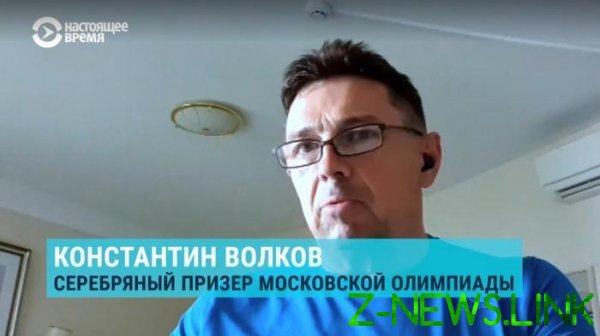 “The urine they substitute all, without exception, all the athletes, not only ours”, – said Konstantin Volkov, who has won at the Olympics-80 silver in the pole vault. He now lives abroad.

“The doping control was. There were our employees, with shoulder straps, apparently. Why I say this: when I came in for a urine sample, can give, and he speaks to me – it’s all throw, that’s your piss, and pulled from somewhere in a sock, that and deal. I say, I have nothing, I’m not afraid, and he told me – and we didn’t need to go this turn. I say: and all? He says, “of Course.” My rivals? He says, Yes, all the same, without exception, no one here will be nothing”, – told the “date” Konstantin Volkov. 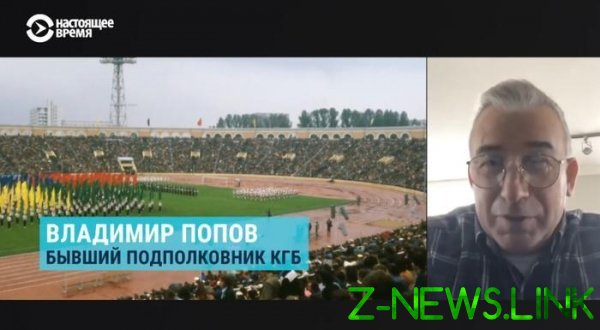 Vladimir Popov, a former KGB Lieutenant Colonel, went from Russia to Canada in the early 1990s.

The correspondent of the “Present time” noted that after the poisoning of Alexander Litvinenko and Sergei Skripal, he was afraid to speak in Russian even with journalists. And so, about how his colleagues at the Olympics in Moscow was engaged in substitution of doping samples, Popov told the Prague edition of the TV channel.

“I in the period of the Moscow Olympics was a completely different problem. I worked with sports journalists. And two of my colleagues, Boris Pachino and Boris Vorobyov, was accredited directly to the doping center of the Olympics-80. They filled tanks, which was supposedly athletes. Of course, they have not been doping and samples were clean. That’s the way. Changed and purely mechanical. For example, if this is a sample of some really were taken from athletes in order to ensure that there will be nothing, just substituting the sample a known-clean”, – said Vladimir Popov.

“To the substitution of the samples in the night time clean the urine of the athlete withdrawn from the Bank urine of the control center of the FSB. Then samples were in the working room, where they are thawed, after which the corrected density of samples and carried out the substitution. Night samples were passed through the holes, described as “a mouse hole”, a protected area in the adjacent operating room.

The FSB took away the bottle of sample “B” and return open, without lids. “Dirty” urine samples “A” and “B” were utilized, and were replaced by a private, “clean” urine for the athlete, the bottle was passed back through the “mouse hole””, – according to the correspondent of “Real time”, this quote is not about the Moscow 1980 Olympic games. This description of the method of substitution of doping tests at the arc – even for Russia – Olympic Games in Sochi, held 34 years after the Games in Moscow.

The correspondent of “Real time” Ivan Grebenyuk asked the former KGB Lieutenant Colonel Vladimir Popov, see the description from the reports of the McLaren for what happened in Moscow-80?

“It’s a copy, so to speak, repeat, a remake, so to speak, of what was in the 80th year. It’s just the experience of those years was used in the Sochi Olympics”, – said Popov.

“At the Winter Olympics in Sochi was first applied the mechanism of substitution of samples from Russian athletes, which guaranteed the absence of errors. Protected athlete, who likely could have won a medal, could easily be doping.

Such sportsmen took doping before and probably during the Olympic games, since they could expect that “dirty” samples will be replaced in the Sochi lab.”

The report of the Olympic games in Sochi indicated that the substitution of doping tests knew the Minister of sport Vitaly Mutko and his Deputy Yury Nagornykh. 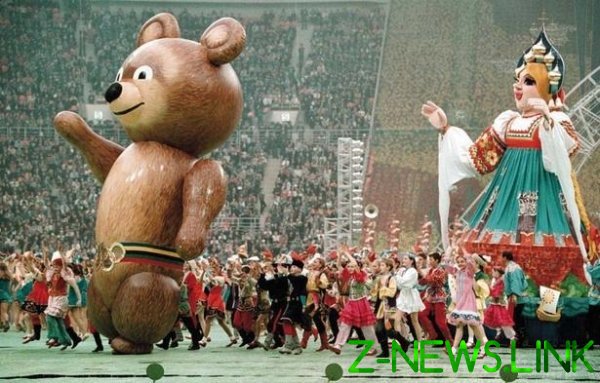 Former KGB Lieutenant Colonel Vladimir Popov, in an interview for “Real time” recalls that in the Soviet Union during the Moscow Games, it was not the Ministry of sports but was the State Committee.

“The program is like was taken at the level of heads of state Committee of the USSR. And she was, of course, not for all athletes. And for those athletes, members of the national team in various sports that were represented, according to the coach, to the greatest extent possible prospect that can achieve high results, to win major international competitions.

In respect of such athletes have taken this special program. And under strict control of medical and biological, which was the structure of the state Committee of the USSR, and a particular doctor of a national team of a particular sport, the programme was implemented”, – said Popov.

Konstantin Volkov in 1980, the year was a contender for Olympic gold. Six months before the Games in Moscow, Volkov won the gold at the European Championship.

“…Offered anabolic steroids. Called me to coach with his father, said, so, therefore, it is necessary to program special preparations and so on, to the gold medal win. It was. But we refused. Because first, we didn’t know how with a pole (after that) to work, because there is a certain technique and it was not known how this will affect your results.

We refused. We said, well, under your responsibility – if there is a failure, then you will be responsible for their actions. Therefore, the team doctors and head coach were all aware of. The program was the state”, – said Volkov.

Doping control at the Olympic games first held in 1968 in Mexico. Since then and until now positive doping samples were found at every Olympic games except the 1980 summer Olympics in Moscow.

Anabolic steroids, the Olympic Committee banned in 1975, a year later at the Olympics in Montreal for anabolics was disqualified from 12 athletes, but after four years at the Olympic games in Moscow – none of the doping disqualification was not.

“Well, obviously, the athletes from other countries, the leadership explained that to be a rather thorough inspection, and therefore did not find a single case. It just was not” – said Viktor Krovopuskov, four-time Olympic fencing champion, who two gold medals won in 1980 in Moscow.

But in the Soviet national team athletes might not know what tablets they are given, according to a former KGB Lieutenant Colonel Vladimir Popov.

“The doctor of a national team on hockey Boris Sapronenkov told the athletes that it is “vitamins”. I was a witness, being here in Canada, even in Soviet times, in the national team when there were games in the Stanley Cup. They believed that it was “vitamins”. At that time it was anabolic steroids.

And I think most of the athletes didn’t actually know what they use. They just explained that it required pharmacological support,” said Vladimir Popov. 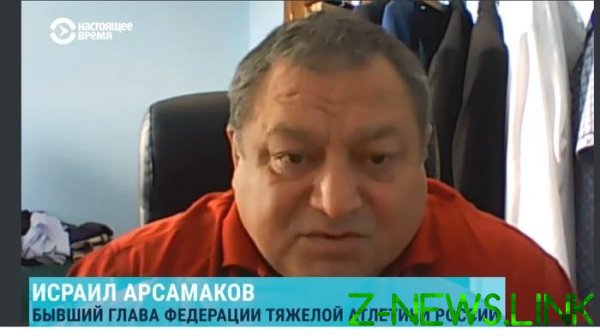 Israil Arsamakov another athlete from the 1980s, won the gold in Seoul in 1988 and in the 1990s was the head of the Russian weightlifting Federation. He says that doping in the Soviet team was so widespread that the athletes even managed to sell them.

“We metandrostenolon cost 2 rubles 2 kopeks, 100 tablets, and there is at least 10-15 dollars. In 1984, after the “Friendship-84”, Canada was the world championship heavyweight. And drove our team down there. Now just don’t remember the reason, but there was a scandal. Went our Kurlovich, Taranenko and Pisarenko,…

And they have all these steroids, they are for sale they were taken, but they are on the border popped. And the disqualification was. And the scandal was powerful. It’s all there. All this was known. Because the money was not” – said Arsamakov.

“But the question is, then what? We do not seem to understand, speak – Americans “eat”, Australians… Yes. But when they are caught – this is not their state situation. And here she is now… It’s all happening at the highest level, you know? You come to the national team, and there is all ready,” said Israil Arsamakov.

“But this applies not only to the Soviet athletes, not only Russian, because doping, unfortunately, the sport is quite widely used. But as for the Soviet Union and the current Russia – it was a government program,” – said the ex=employee of the KGB, Vladimir Popov.

Because of the doping scandals of recent years, Russian athletes do not allow for competition even under a neutral flag.

“There is no way to speak now in any capacity. Neither in Russia, nor in the neutral as in International competitions. Because that is the attitude… So our Federation of athletics works… She was suspended,” said Konstantin Volkov.

The existence of a state doping programme in modern Russia in 2016, said Grigory Rodchenkov, former Director of the Moscow anti-doping laboratory, created just in time for the Olympics in 1980.

The Olympics will remain the purest in history. Because after 40 years of doping at the Games say only those who have already left Russia, and the doping samples of the athletes from the Olympics have been impossible to verify.