Angered by Saakashvili staged a high-profile showdown at the airport. Video 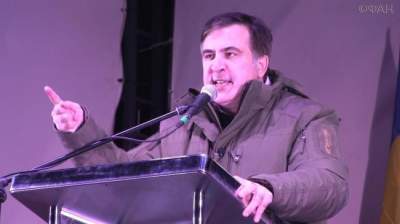 The scandal arose from the detention of the son of the former Odessa Governor at the airport “Borispol”.

In the Network appeared the video, which the former Governor of the Odessa region of Ukraine, Mikhail Saakashvili yelling at the employee of the airport Borispol. Recording posted in YouTube.

The politician’s indignation has caused the situation with his son. Saakashvili claims that 11-year-old boy was arrested, and then “orphan thrown out on the street”.

Meanwhile, Ukrainian border guards said that the son of Mikhail Saakashvili, was detained as a child in the airport did not meet one of the relatives or other authorized persons.