American journalists in Syria fired from a tank. Video 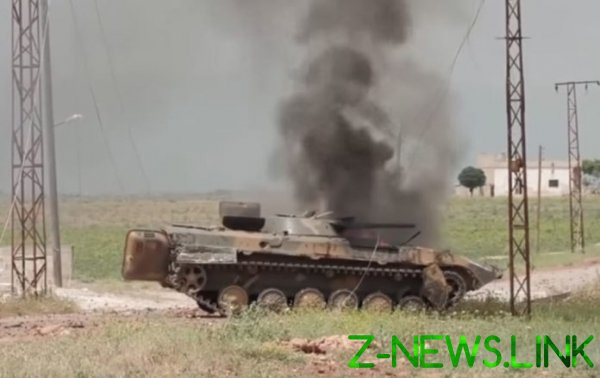 The journalists of the American channel Sky News and accompanying the activists came under tank shelling.

Syrian government forces fired reporter Alex Crawford with the crew and accompanying activists. Exclusive report from the scene on may 24 published a Skynews journalist.

She claims that they were fired, when the crew was filming a burning armored vehicle. After that the journalist and her team noticed next to the air drone, and I heard the approaching plane.

A reporter with a film crew tried to escape from the scene of the fire. They had to Wade through a cloud of smoke and dust, the militants did not stop shelling. After they got to the car, they managed to reach the town of Khan shaykhun.

In the attack, one of the activists was wounded in the side and was taken to the hospital. The reporter stressed that the shelling of journalists is a violation of international law.

According to the reporter, on the jacket of one of the members of the crew in large letters was written the word press, and it is in accordance with Muslim customs was dressed in a long dress.