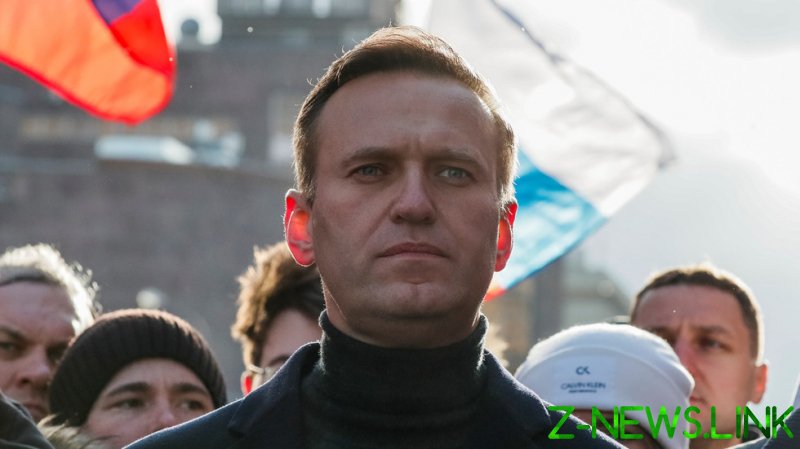 His spokeswoman Kira Yarmysh says the unconscious activist is currently on a ventilator in the city of Omsk, where his plane landed on Thursday morning. Anatoly Kalinichenko, deputy chief physician of the hospital where he was taken, cautioned that “there is no certainty that the cause of Navalny’s condition is poisoning.”

According to Yarmysh, there are numerous police officers in the intensive care unit. She tweeted at around 10.30am Moscow time that officials say Navalny is in a coma, in a stable but serious condition. She added that staff haven’t given a diagnosis or indicated whether his life is at risk.

Yarmysh earlier claimed that one of Navalny’s doctors, who at 9am had promised to provide test results, now refuses to talk to the activist’s personal physician, campaigner Anastasia Vasilyeva. She is en route to Omsk herself.

On Thursday morning, Navalny was on his way from Tomsk back to Moscow when he suddenly felt unwell mid-flight, Yarmysh wrote in a series of tweets on Thursday. “His plane has urgently landed in Omsk. He has toxic poisoning,” she tweeted.

Navalny was brought to Omsk Ambulance Hospital No. 1’s toxicology intensive care unit. Alexander Murakhovsky, the head doctor at the facility, told news agency TASS that the activist “is in a serious condition.”

Yarmysh believes Navalny, who showed no symptoms prior to the flight, was “poisoned with something mixed into his tea” as it was “the only thing he drank this morning.” In the middle of the journey, she wrote later, he began sweating, went to the toilet, and apparently lost consciousness for a period. RIA Novosti reported that Navalny did not eat or drink anything on the flight.

As the story unfolded, a video surfaced online, purportedly showing the moment when the opposition activist was evacuated from the plane. Someone is heard screaming as paramedics move along the aisle.

A photo is also circulating, said to have been taken by a fellow passenger, which shows the activist having a cup of tea at an airport cafe before his departure from Tomsk. Airport management has vowed to do their part in investigating the incident. “We are looking into all the circumstances, we will examine CCTV recordings,” they said.

Meanwhile, Yarmash suspects foul play, telling ‘Echo of Moscow’ that “we do believe that this was a deliberate poisoning.” The activist’s team have demanded that police attend the hospital where he is currently being treated.

She recalled an incident last year when Navalny suffered a severe allergic reaction while serving a prison sentence for staging an unsanctioned rally in Moscow. At the time, he was diagnosed with “contact dermatitis,” but his team, again, insisted that it was “a poisoning by an unknown chemical substance.”

The samples were examined at the well-known Sklifosovsky Institute, where doctors found no traces of poison.