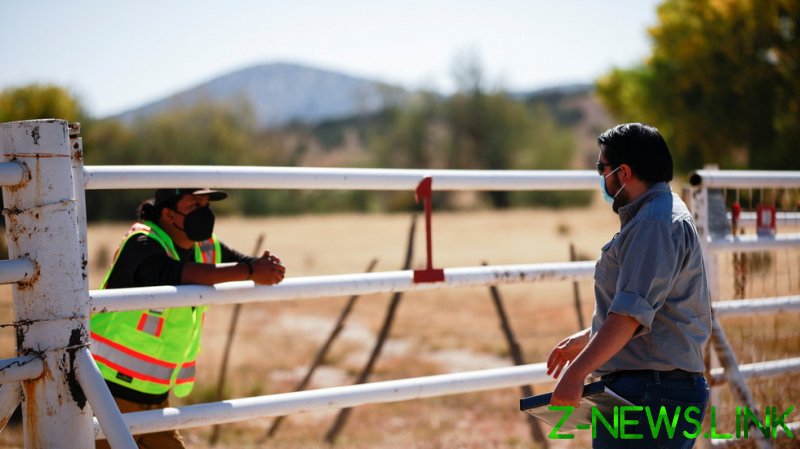 A day after actor Alec Baldwin fired a prop gun on set in New Mexico, killing the film’s director of photography Halnya Hutchins and injuring director Joel Souza, a new damning report suggested that on-set safety took a back seat in the low-cost production, as it pinched pennies and neglected promises, prompting the crew to revolt.

The Los Angeles Times reported on Friday that “a half-dozen” camera crew workers, including operators and their assistants, packed up their gear and left the set in protest over dismal working conditions and broken promises on Thursday morning, hours before the shooting took place. Before walking off the set, the camera crew had been airing grievances over the working conditions “for days,” according to the Times. The crewmembers were reportedly assured that they would be put up in a hotel in Santa Fe, near the set, but instead were forced to drive some 50 miles to the site every day.

In addition to the problems with accomodation, there had been pay issues and mounting safety concerns, the Times reported, citing people with the knowledge of the situation.

The production apparently had no intention to heed the workers’ concerns, however, with the report saying that the dissenting crew members were promptly replaced by non-union workers. Producers reportedly went as far as to threaten to call security to kick the protesting contractors out if they refused to leave on their own.

“We cited everything from lack of payment for three weeks, taking our hotels away despite asking for them in our deals, lack of Covid safety, and on top of that, poor gun safety! Poor on-set safety period!,” a crew member reportedly wrote in a Facebook post, as cited by Deadline.

One unidentified crew member told the Times that the production also appeared to ignore red flags involving prop firearms. The source claimed that a prop gun had misfired at least twice in the weeks leading up to the fatal incident.

“A gun had two misfires in a closed cabin. They just fired loud pops – a person was just holding it in their hands and it went off,” a source told Deadline earlier.

Hutchins, the sole fatality in the tragic incident, was reportedly among the crew members sounding alarms over safety issues and pushing for better conditions for the workers.

The cinematographer was shot dead after ‘Rust’ lead actor and producer Baldwin discharged a prop firearm which contained a “live round,” striking her in the chest, on Thursday afternoon. In an affidavit, submitted by the Santa Fe County sheriff’s department on Friday, detectives said that Baldwin did not know that the pistol may have contained live rounds. He was given a gun by the assistant director, who reportedly hollered “cold gun!” before handing out the pistol to Baldwin.

While the assistant director told the detectives he did not know that the gun was fitted with a live round either, it remains a mystery how it found its way in the pistol. The gun was prepared by an armourer on set.

In wake of the incident, Baldwin said that his “heart was broken” by the accidental shooting. Police said that the actor is cooperating with the investigation, and so far no charges have been filed.