“ADAM. Episode 3”: what you’re ready For salvation? (VIDEO IN RUSSIAN)

Remember, Neil Blomkamp, under the auspices of the project Oats Studios released a short film on the engine, Unity? The story is called ADAM: Episode 2. Well, now, as promised, before us is a direct continuation of — ADAM. Episode 3.

Facial expressions of characters are far from ideal, but in General Grifoni really wonderful. And the story came out very cool, bright, dramatic, interesting post-apocalyptic locations. Someone’s talking, say, Oats Studios is no longer managed, they say, to move down to the bottom in just a few months. But I will say that we have one of the coolest short films of the project. It’s great that the guys continue to work on computer animation, because this region is no less important than feature films.

However, from the last Oats Studios also do not refuse. As a reminder, below you can see the trailer of the short movie “LIMA” (LIMA), which is also in development. According to the creators, it will be longer than recent editions, and it will focus on transnational corporations, secret government programs and unsuccessful scientific experiments.

In short, should be cool, but on a slope it takes time. So while we rejoice the third episode of “Adam”. 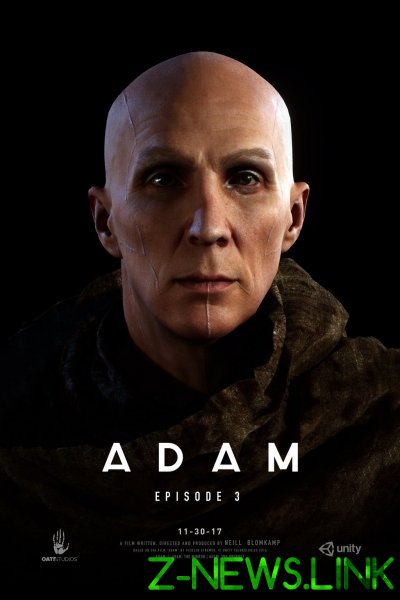