Home / business / A terrible revenge: she has burn friends, not letting her into the apartment

A terrible revenge: she has burn friends, not letting her into the apartment 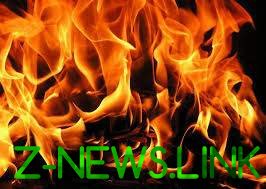 The Prosecutor’s office of Nizhny Novgorod region has directed to court criminal case concerning 38-the summer inhabitant of the town of Vorsma, which a year ago came to his friends, and when they opened her door, was set on fire in the hallway the curtain and left. This was reported on the website of the Prosecutor’s office.

The fire the two friends of the accused and their guest died from carbon monoxide poisoning. The owners of this house suffered damage amounting to about half a million rubles.

A woman is in custody. It is known that earlier it was repeatedly judged. She is accused of killing three people and in the deliberate destruction of another’s property. Also suspect her of stealing.