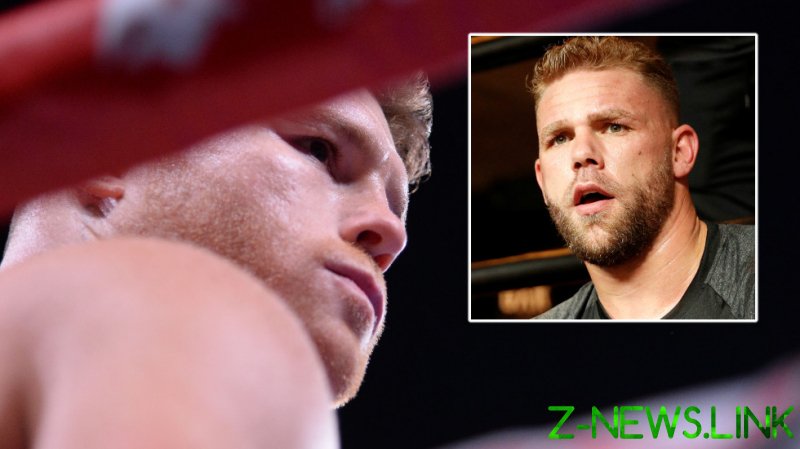 There is something of a piece about Floyd Mayweather and Jake Paul going at each other like playground enemies in Miami. Towards the end of another week full of words and devoid of substance, a spat over a single stolen hat seems strangely reflective of what boxing all too frequently appears to have come to.

Though there is little anticipation for a fight in which a sporting great sullies his legacy by sharing a ring with a yapping novice, there is considerably greater appetite for Tyson Fury’s heavyweight showdown with Anthony Joshua.

Fury has variously claimed to be a daily drunkard, enraged with promoters, sifting through the documents with the ease of a man picking a pair of trainers from a catalogue and on the brink of an ostensibly pointless trilogy fight with Deontay Wilder.

That no-one involved in setting up Fury against Joshua seems aware of how draining the endless verbal shadowboxing has become is testimony to the reserves of anticipation around the world for the contest.

Fights involving Billy Joe Saunders are usually less eagerly awaited. A master of wide points victories with an air of inevitability about them, Saunders is a stylish southpaw whose immense ring talents have been almost fatally undermined by his abrasve persona and litany of incidents outside the ring that have earned him around $160,000 in fines from the British Boxing Board of Control in recent years.

Now he is part of the most popular indoor fight in US boxing history. At least 60,000 fans are expected to crowd the AT&T Stadium in Texas on Saturday, breaking the record under a roof Stateside and providing the largest attendance at any event in the country for 14 months or so.

It would be absurd to suggest that the vast majority are not there to see Mexican megaster Canelo, the vastly experienced heavy hitter whose only defeat was against Floyd Mayweather. Yet Saunders is not there to make up the numbers in the ring.

If any fighter is unlikely to be intimidated by the daunting prospect of facing Canelo, it is the irrepressibly chest-thumping Saunders. He will likely relish taking the underdog tag for what will probably be the first time in his unblemished 30-fight career, his only troubles in the past having come when he has glaringly failed to prepare properly for fights, toiling to victory when he should have cantered against lesser opponents.

There was no need for the preposterous, predictable row over the ring size that went on earlier this week, the suggestion that Saunders would walk away from a multi-million dollar payday always seeming farcical.

Then there was the effective admission that he wants a larger canvas around which to steer clear of Canelo’s clubbing shots, which is a sensible idea for any fighter with ambitions of staying on their feet, but does little to bolster Saunders’ claims of granite confidence.

Roy Jones Jr, one of the few fighters to eclipse Saunders in terms of movement, has said that his savvy smartness should give the hefty underdog a real chance of springing a surprise. Making more certain predictions is especially tricky in this fight, bearing in mind Saunders’ volatility and Canelo’s ability to blast anyone out with brutal speed.

On his last two trips abroad, Saunders beat David Lemieux in Canada for the WBO middleweight title with such ease that he was able to raise his hand and take a glance around the arena mid-fight, showboating to symbolize the skills that scuppered any hope the home fighter had of avoiding a unanimous decision defeat.

Saunders also produced a punishing late knockout of Marcelo Esteban Coceres on the undercard of the big-selling novelty fight between Logan Paul and KSI in 2019, which he will hope made Americans remember the name when they were buying tickets in their tens of thousands for his meeting with the toughest opponent of his career on Saturday.

The Briton will not care about that, though. Even if the fight outcome goes to form, Saunders is likely to remain as inscrutably pragmatic and pugnacious as he is elusive in the ring.

That layer of mystery and unpredictability is what intrigues about this blockbuster event. Saunders has often looked like he was scarcely breaking sweat while seeing off a long succession of British challengers, never facing anyone of Canelo’s class.

Without trespassing into cliches, it is a match-up that could end quickly or endure absorbingly, and at least one reputation is likely to be established and, perhaps, set in stone by the end.

The imminence of a genuine contest between two fine fighters, in the ring rather than in front of a media scrum or hotel attendants, is a welcome one. If it can remind its vast audience that there is a sport rather than a soap opera to thank for such nights, that would resemble an element of redemption among the nonsense.

Tags about after another break fight finally proper