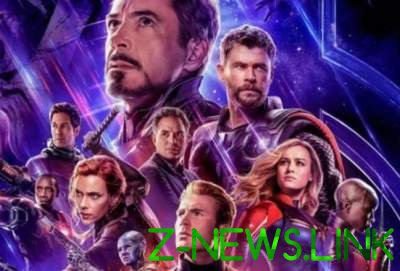 The first $100 million at the U.S. box office was assembled in less than a day.

The fourth part of “the Avengers” grossed $100 million at the U.S. box office for 17 hours. This speed was a record: the previous leader – the film “Star wars: Episode 7 – the Force awakens” made a US $100 million for 21 hours.

And that’s apart from the fact that for the first day of hire on April 25 (in the US, the film started on April 26) tape Marvel has collected a total of $169 million.

This dynamics gives grounds to consider that in the U.S. the film will collect $ 330-340 mln at the end of the premiere weekend. These figures are significantly larger than the most optimistic forecasts.

Thanks to the fantastic start of “the Avengers 4” at the American rental can be recorded another best achievement in the highest-grossing weekend. The leader in this rating was the premiere weekend for the release of the film “Avengers 3: infinity War” ($314 million). Now we are talking about reach $400 million.