A day in the area of environmental militants wounded civilians 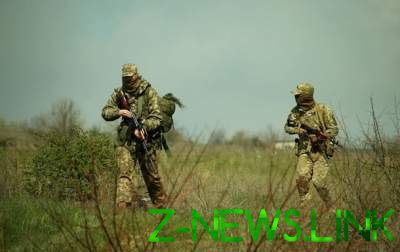 Suffered by the Ukrainian military.

For the past day, June 27, in the area of operations of the combined forces in the Donbass Pro-Russian militants in the evening intensified fighting using mainly rocket-propelled grenades, heavy machine guns and small arms. In some areas the enemy was firing from BMP and Minsk agreements prohibited weapons.

Fighters 32 times were aimed fire on the Ukrainian positions, 4 of them are heavy weapons.
According to staff OOS, Ukrainian units were active in the defense and gave the answer to the enemy.

“At the Lugansk direction the night was restless near the settlement Crimean. There the enemy fired on our positions from 82-mm mortars, grenade launchers and small arms. And in the area of the settlement the Village Lugansk the opponent made another provocation, using small arms. At Donetsk direction the enemy intensified fighting and used our positions are mostly rocket-propelled grenades, heavy machine guns and small arms, and in some areas fixed fire from APCS. Under fire were the defenders of Marinka, Avdeevka, southern, Experienced and Novomikhailovka. For last days the greatest number of attacks were awarded to the defenders of Mariupol directions. Here the enemy used artillery caliber of 122 mm, 120-mm mortars, grenade launchers, heavy machine guns, small arms, and antitank guided missiles. Fire affected our position in the area of human settlements Lebedinskoye, Water, Hnutove, Talakovka, Starohnativka, Pavlopil, Bogdanovka and Shyrokyne,” the statement reads.