52 people, including 6 rescuers, presumed dead in horror mine explosion – media 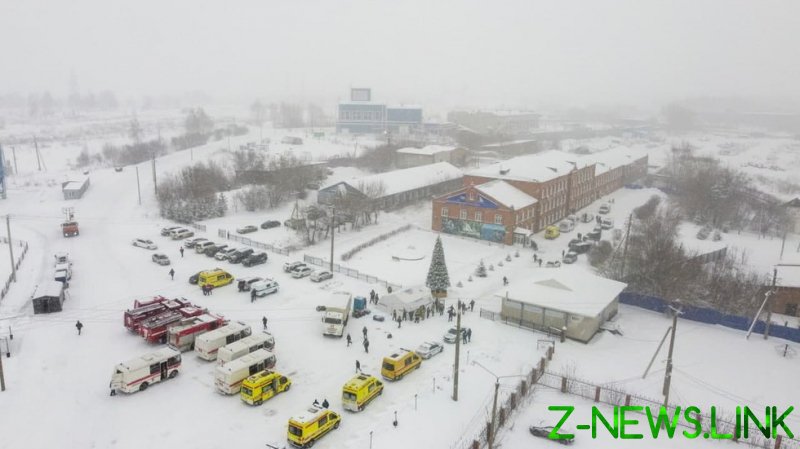 Over 260 miners have been rescued from the facility after reports of an explosion, with 40 of them ending up hospitalized. Some 11 miners were confirmed dead shortly after the accident unfolded, while 35 mere were considered missing. At least three out of six emergency workers have also perished during rescue efforts.

Late on Thursday, RIA Novosti reported that all the missing persons were presumed dead, citing sources in the emergency services. The assessment, however, has not yet been officially confirmed by Russia’s EMERCOM, with its press service telling RT that the fate of 35 miners and three rescuers remains unknown.

The deadly accident at the Listvyazhskaya mine located in Russia’s Siberian region of Kuzbass unfolded early on Thursday. The mine was filled with thick smoke after reports of an explosion of one of its ventilation shafts.

“Most likely, it was explosion of methane, triggered by a spark somewhere, that lead to the blast and a shockwave. It injured people who were unable to get out,” Russia’s deputy prosecutor general, Dmitri Demeshin has said.

A criminal probe into the accident has already been launched, with the mine’s director, his first deputy, and also the manager of the site detained, Russia’s investigative committee said.