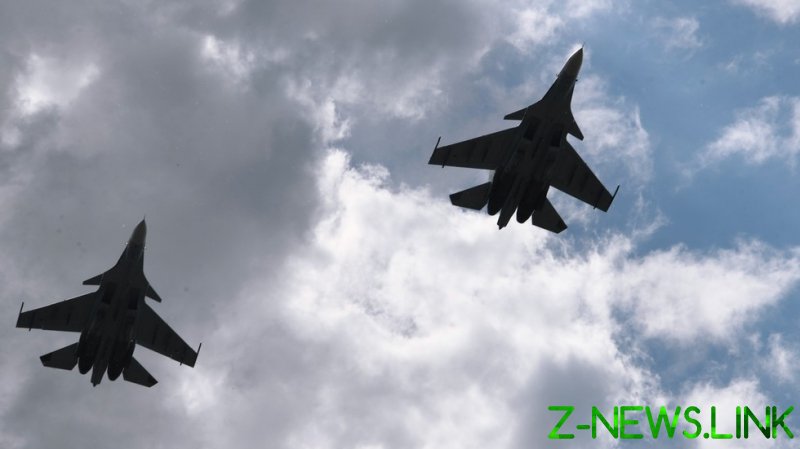 The plane, which cost some $50 million back in 2012, came down in a wooded area in Russia’s central Tver Region on Tuesday. The two pilots survived the crash and were evacuated. They were in a “satisfactory” condition after the incident, the press service for Russia’s Western Military District explained.

While the military remained tight-lipped on the causes of the crash, multiple media reports suggested on Tuesday that the jet was likely shot down. Preliminary findings indicate the machine was hit during a military exercise by another aircraft, an anonymous source with the Tver Region’s emergency services told Moscow’s TASS news agency.

The Kommersant business daily provided further details, reporting that the jet was hit by an autocannon shell shot by its more modern cousin – an Su-35 multirole fighter. While the planes don’t usually carry any ammunition or missiles during simulated dogfights, this time, the aircraft allegedly had its autocannon loaded. The shell reportedly struck the Su-30 jet in its tail section.

Drone footage posted from the scene shows what remains of the jet’s carcass scattered in a forest, the aircraft having largely disintegrated on impact.