Home / WORLD / 1 in 7 vaccinated Americans have dumped friends who disagree with them on Covid-19 jabs, poll shows

1 in 7 vaccinated Americans have dumped friends who disagree with them on Covid-19 jabs, poll shows 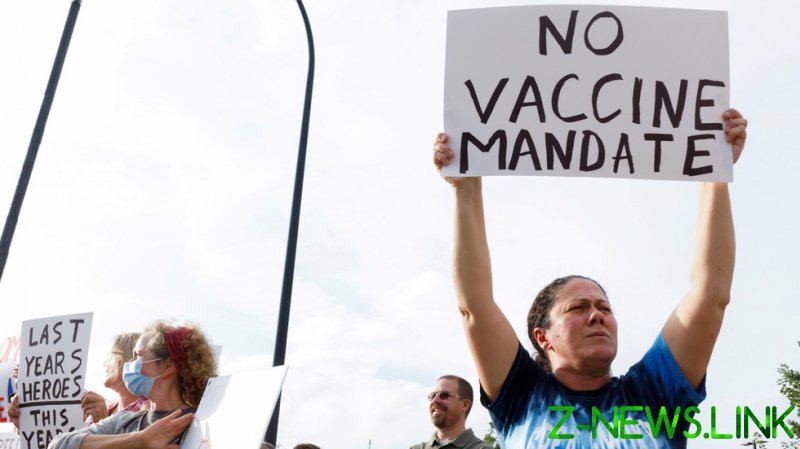 The survey, conducted earlier this month by researcher OnePoll, showed that 16% of respondents have ended at least three friendships in the past year and a half. About 14% of vaccinated Americans said they have severed relationships with friends who chose not to get inoculated against the virus.

In fact, vaccinated respondents were nearly four times as likely as those who don’t intend to get the jabs – 66% to 17% – to have ended friendships during the pandemic. The poll showed that 97% of vaccinated people consider their former friends to be “full-blown anti-vaxxers” and said they could never get them to understand the importance of getting the shots.

Covid-19 vaccination is one of the most divisive issues driving a wedge between Americans. The 14% who cited the jabs as the reason for ending friendships compared with 16% who blamed political differences and 15% whose former pal was dating an ex-mate. Other reasons included discovering their friends were liars (7%) and having a friend make up stories about them (12%).

Hollywood has apparently blessed the idea of dumping friends who decline to get vaccinated. Actress Jennifer Aniston – ironically, a star of the television series ‘Friends’ – said last month in an InStyle magazine interview that she had ended relationships with people who refused to get jabbed or chose not to tell her their inoculation status. “It’s a real shame,” she said. “I’ve just lost a few people in my weekly routine.”

The level of vaccine vitriol has escalated in recent weeks. Radio host Howard Stern recently blasted “all the s**theads in our country who won’t get vaccinated” and said those who don’t get the jabs should be denied hospital beds if they get sick. “Stay home, die there with your Covid,” he said.

Tolerance for vaccine autonomy is waning in America, as President Joe Biden last week ordered all businesses with 100 or more employees to force their workers to get the shots. “We’ve been patient, but our patience is wearing thin, and your refusal has cost all of us,” Biden said of unvaccinated Americans.