Many people think “zombie movie” — boring sub-genre of horror, long ago slid into the samopovtorov, but time after time, the independent Directors use this setting to implement your highly original ideas. For example, in front of us post-apocalyptic drama “the Burden” (Cargo), in which the main role was performed by Martin Freeman. Yes, the same Martin Freeman, who starred in “Fargo”… it Seems that there is a possibility that in the Russian hire “the Burden” will turn into “cargo”. However, until about wide release of the question.

Andy lost his wife during a zombie attack, and he got infected. He has two days to find a guardian for his year-old daughter, before he will join the army of crazed monsters. The only life raft is a closed tribe of aborigines, but first Andy will have to win the trust of the local girls.

The scenario of “Burden” based eponymous short film from the same authors. We have dubbed her “Cargo”. There’s no Martin Freeman, but without it the film came out very cool and touching. It is not surprising that the short film was a finalist at the Australian film festival Tropfest, and then gathered a lot of fans on the Internet.

For the script of the original and the full-length version meets Yolanda Frame. She, along with Ben Holinga is the co-Director of the picture.

Today, 6 October, the “Burden” will appear before the audience in the homeland, in the framework of the International festival in Adelaide, and then going to London. Well, while we settle for a short teaser.

Also, bellow you can watch the short film that started it all. 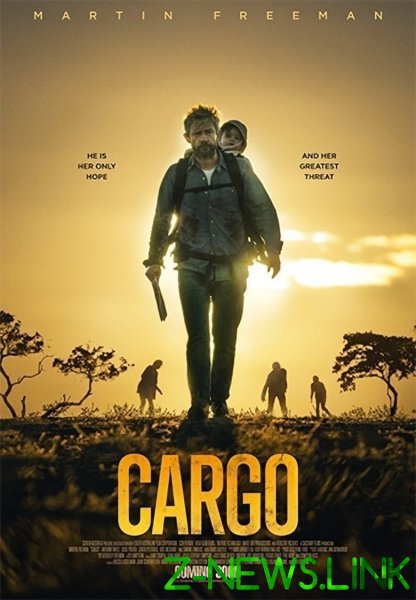